BLOG: Action on decarbonising buildings ramps up in Birmingham

Lendlease's Rebecca Beeson looks at the Smithfield development in Birmingham and considers what broader challenges lie ahead in cutting carbon. 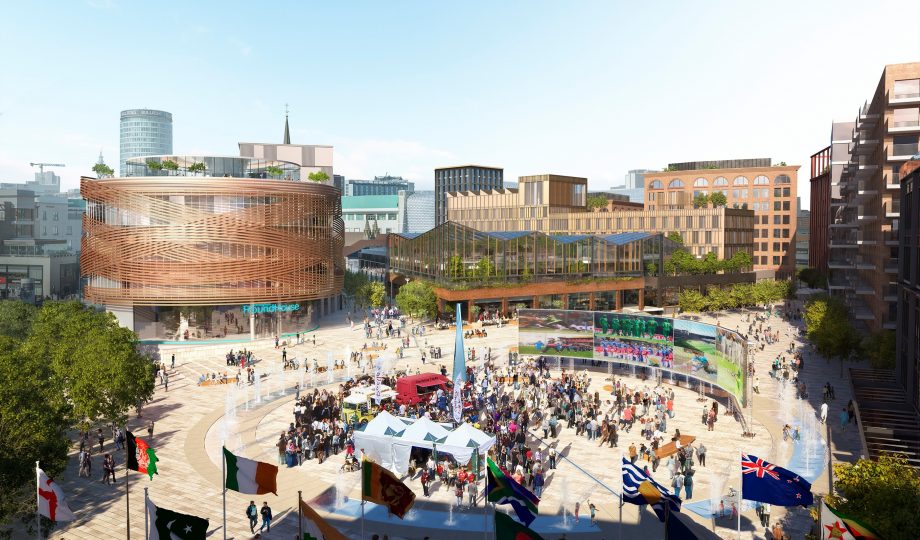 The dial is shifting – which perhaps isn’t that surprising considering that I’m writing this during a thunderstorm, following hours of torrential rain, followed by a heatwave and another year of broken temperature records across the globe. The climate is already visibly changing, and more and more people are noticing. 71% of the public agreed in a recent ComRes survey that climate change would be more important than the country’s departure from the EU in the long term, and six out of ten adults said the government was not doing enough to prioritise the climate crisis. Given our current political situation, that’s not insignificant. This increase in public awareness is prompting local action to go even further, and on the 11th June, Birmingham City Council were amongst 100+ other local authorities in setting their own, more ambitions targets, in this case to be a zero-carbon city by 2030, or as soon after as a just transition permits.

At Birmingham Smithfield, where we are currently preferred development partner for Birmingham City Council, we have already identified an ambitious set of commitments, including delivering in accordance with the Birmingham Smithfield Zero Emissions City Framework designed by WBSCD. Although this doesn’t quite match the UKGBC framework definitions for net zero carbon, it will involve us delivering significant emission reductions in construction and operation. Where on-site delivery isn’t feasible, we propose to set up a fund to improve the efficiency of some of the city’s existing housing stock.

We will support end users in adopting less energy intensive lifestyles, capitalising on the current wave of interest, and equipping them with the necessary information they need to make low- and zero-carbon decisions. Through the integration of smart technologies at Smithfield, we will seek to empower people with data and apply our knowledge to interpret that information in a way that’s inspiring.

As a business, our climate risk processes are also evolving, and Smithfield will be one of our first development projects to assess resilience and risk in a 4-degree world of global heating, which alongside a physical risk assessment includes an analysis of transitional risk, using a shadow price of carbon to understand the potential longer-term impacts of our carbon-related decisions.

So what do we see as the major challenges to the wider adoption of zero-carbon buildings?

There are few examples of zero carbon development to draw on, particularly at scale and on a budget that also delivers a scheme that is financially viable, the supply chain isn’t ready for what we’re asking to be delivered (and may well be further disrupted over the coming months), regulation is often out of date and as a result, planning policy can drive short-term decisions,  based on compliance as opposed to looking over the life of the building.

We need further investment in clean energy infrastructure and a clear trajectory for the decarbonisation of heat, a planning framework that allows local authorities to set performance requirements that go beyond compliance, and a shift in our language to as-built performance rather than improvements over Part L – a notional improvement over a notional baseline.  We also need to acknowledge that zero carbon buildings aren’t necessarily going to be cheaper to run, not without the right incentives in place, and we welcome our peers joining us in sending strong signals to our supply chain that we need them to innovate and invest with us.

As a collective of progressive organisations, UKGBC members can demonstrate the leadership, innovation and creativity required to set the bar for the rest of the sector. We all need to collaborate to make zero-carbon a reality, and if we can do so in a way that encourages local entrepreneurs and equips the next generation with the skills they will need to solve some of our future challenges, then we’ll be delivering true sustainable development.

Smithfield is an exciting opportunity to put all of this into practice at scale and help transform the city. We look forward to the challenge.