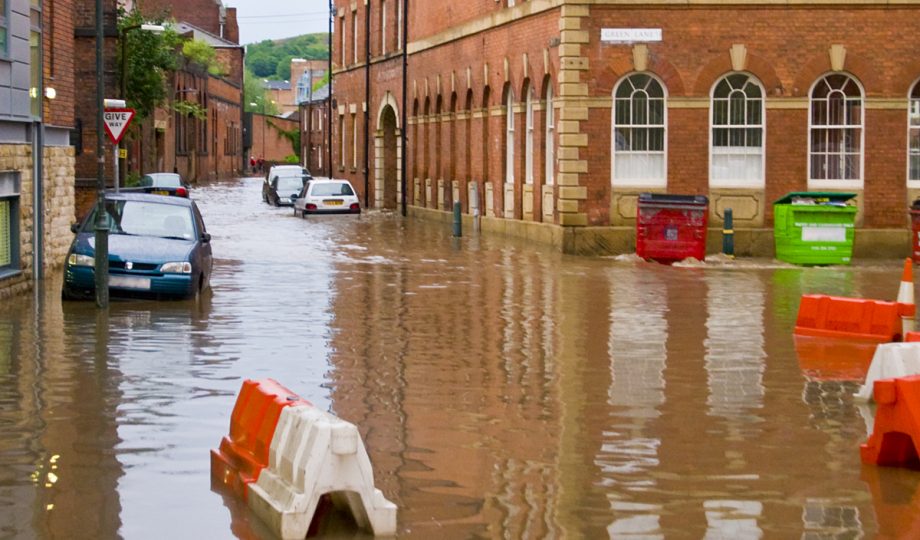 This year, for the first time, the World Economic Forum identified that five of the top ten risks to society globally are related to the environment, with most directly linked to climate change. As high population densities and complex built infrastructure heighten the impacts of climate change, cities are highly vulnerable environments. This reiterates the need for immediate and drastic adaption at the city level.

To better understand the challenge of adapting our cities to climate change, UKGBC partnered with Innovate UK to produce a series of climate resilience awareness raising resources and host events across four major UK cities: London, Manchester, Bristol and Birmingham.

At our Manchester event back in December, we asked attendees if they thought built environment professionals are doing enough to ensure buildings and infrastructure are ready for climate change… 94% said no. The built environment must take bold action now to adapt to future climate challenges.

UK cities now face one of the biggest climate challenges since they were settled; cities will be subjected to flooding, overheating and water scarcity. For example, Bristol will be at risk of frequent flooding by 2050 whereas Birmingham’s city centre, which is already on average four degrees warmer than the surrounding countryside, will suffer from further overheating. Manchester will similarly see the number of heat stress incidents doubling as temperatures increase, putting vulnerable citizens at a greater risk of heat-related illnesses. London can expect up to 29% less summer rain by 2080, placing additional stress on its water supply.

Consequently, adaptation is quickly rising up the agenda of local authorities, businesses and city dwellers. Many cities including London, Manchester and Bristol have declared a climate emergency, and have joined the Rockefeller 100 Resilient Cities network who are actively finding solutions to increase climate resilience. In Birmingham, the city council has developed a Climate Change Adaptation Plan of its own.

This marked increase in city action may in part be driven by citizen concerns. In Bristol, the Quality of Life survey found that 82% of Bristolians are anxious about the impact climate change will have on their daily life. Businesses too are increasingly recognising the risks that climate change presents and are taking action, for example by following the guidance of the Task Force on Climate Related Financial Disclosures (TCFD).

Key learnings from our city events

It’s clear the built environment needs a step change if it’s to adapt to the future climate challenges, UKGBC will continue to work closely with industry and government to support the journey towards climate resilient cities.

UKGBC is a Project Partner on the Greater Manchester IGNITION project, which will establish an innovative financial mechanism to deliver green infrastructure to increase the city’s climate resilience. More information on the project is available here.

On 12 June our Infrastructure Forum is convening to discuss climate resilience, green infrastructure and biodiversity. Find out more and sign up here.

On 19 June we are running a workshop to identify what the ambitions should be for the UK built environment sector regarding climate resilience and ecosystem services and what UKGBC can do to best enable the meeting of these ambitions. We wish to ensure a spread of stakeholder types so if you would like to attend please register your interest here.