DEEP DIVE: Every fraction of a degree Centigrade is worth a million actions – Julie Hirigoyen’s reflection on COP27

UKGBC's CEO, Julie Hirigoyen, reflects on COP27 - what it means for the built environment and the action we must take as we continue through a critical decade. 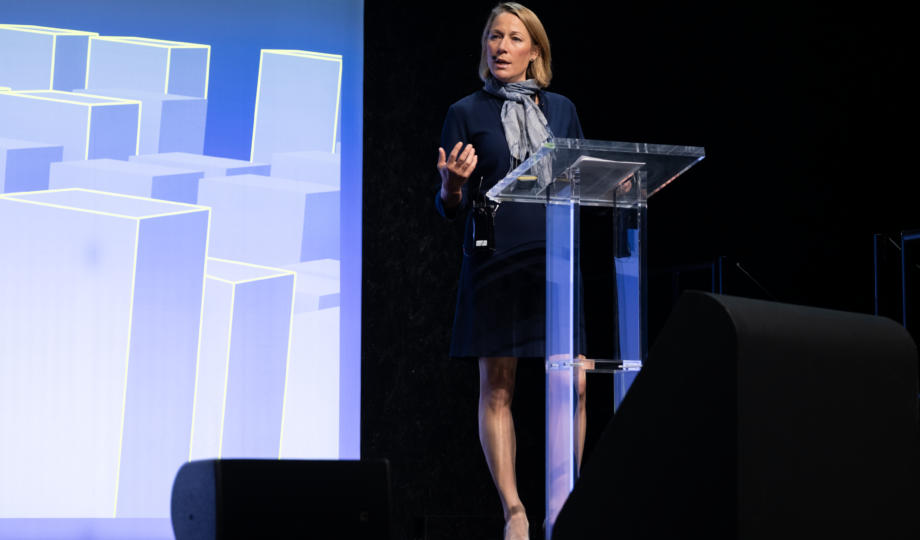 Terminology is important. So, you would be forgiven for feeling bleak when reading the news ahead of, and during, the COP27 conference that took place in Egypt over the past two weeks. The analogies in most common usage relate to medical emergencies and the end of life – with Antonio Guterres the UN Secretary General claiming that “our 1.5C goal is on life support and the machines are rattling… while our planet is still in the emergency room” and the UK’s COP26 President, Alok Sharma, repeating his message that “the pulse of 1.5C is weak”.

Guterres helpfully summarised the two overriding themes of this COP27 conference as Justice and Ambition – which provide useful lenses through which to judge the effectiveness of this global climate conference in accelerating our action and coping strategies.

A win for Climate Justice

For justice we should absolutely celebrate the fact that the talks ended with an agreement on Loss & Damage amongst the 200 participating countries. This means that climate vulnerable countries in the Global South will be supported in their crisis alleviation efforts through a much-awaited fund that richer, more polluting, countries will invest in.

While the inner workings of this fund have yet to be agreed, including who will invest, how much they will invest, and how the fund will pay out to those nations in most need – it’s worth reflecting that this Climate Justice mechanism itself has been 30 years in the making, and almost didn’t happen at all. If it had not been agreed at this particular COP27 hosted in Africa, home to 1.3bn people at severe risk from climate change, it would have been highly likely that those most vulnerable countries – including the small island states – turned their back entirely from the COP negotiations. That would have spelled the very end of Hope so we must feel relieved that this global multilateral treaty and process still exists, and that we all still stand united albeit with varying degrees of commitment.

After the devastating climate impacts suffered earlier this year by Pakistan, the Horn of Africa, China and even large parts of Europe, we can no longer expect to be trusted if we richer nations don’t go a long way towards helping those experiencing climate catastrophes to rebuild their homes, roads, hospitals and livelihoods as well as food production and water security systems.

Where was the Ambition?

The second lens of Ambition, however, is not nearly so encouraging. With the number of fossil fuel lobbyists outnumbering indigenous peoples 3:1 out in Sharm el-Sheikh, little was done to accelerate climate action. The efforts initiated at COP26 in Glasgow to ensure that global emissions peak before 2025 were not continued, nor was anything included in the final text to further phase down coal or phase out fossil fuels. In fact, in the final few nail-biting moments of the conference, a new form of ambiguous wording around ‘low emission energy’ made it into the treaty – prompting fears that this may be supportive of gas given its lower greenhouse gas effect compared with other fossil fuels.

What’s more, the success of the Glasgow pact was, in part, due to the recognition that the ‘ratcheting up’ of Nationally Determined Contributions (NDCs) agreed as part of the Paris Agreement needed to be significantly accelerated. Therefore, the more polluting countries were encouraged to come to COP27 with more ambitious NDCs. But in the end, only 24 countries updated their NDCs between COP26 and COP27, far fewer than were hoped for and not enough to make a substantial difference to our ultimate trajectory.

Not the ‘Implementation COP’ we were promised

With COP27 being billed as the ‘Implementation COP’ this is the most disappointing of its outcomes. Let us remind ourselves that, despite the jubilation and euphoria in Paris back in 2015 as the world signed up to a common climate goal, the level of pledges & emissions reduction targets that were pledged put us on a trajectory to a cataclysmic 3.5C. Since then, progress has been made and emerging from Glasgow the trajectory was more like 2.5C or 1.8C at best (if we meet every single long and short-term pledge put forward). But that is still a far cry from the 1.5C that has since become the mantra – the scientific threshold above which we all agree we stand to lose far too much.

Given the conclusions from the Emissions Gap Report published by UNEP just last month that there is no credible pathway to 1.5C in place, and that we stand a 50/50 chance of hitting 1.5C this decade, the fact that in the final COP27 text, the reference to 1.5C itself was moved out from the international ‘must-do’ section and moved into a scientific chapter doesn’t bode very well. Some might even question the sense in continuing to pursue 1.5C as a goal.

But to us it seems essential that we do so. As US Climate Envoy John Kerry rightly points out, we shouldn’t conceive of 1.5C as the ultimate make or break target. With 1.5C becoming an ever more likely scenario, we need to make every effort available to us to limit the temperature increase above this at all costs – every fraction of a degree Centigrade is worth a million actions. Indeed, in his closing speech Nigel Topping spoke of the importance of Truth – and in so doing he reminded us that ‘The Truth is that 1.5C is not a target. As Earth systems scientists remind us: 1.5C is a limit. A limit anchored in physics: beyond which we unleash tipping points to hell.’

Looking inward at the built environment

So, for those industries like the built environment which we have proven to be capable of rapid decarbonisation, the pressure is even greater to do so at scale and at pace. This is why it was so important for the #BuildingtoCOP Coalition to keep the focus on the built environment as a critical solutions provider for a resilient and zero emissions future throughout COP27 – with World GBC as a key coalition partner. Indeed on 17th November at the Buildings Pavilion of COP27, France and the Kingdom of Morocco called for a Buildings Breakthrough for ‘Near zero emissions and resilient buildings are the new normal by 2030’. This was complemented by the efforts of the UN High-Level Climate Champions who built on their 2030 Breakthrough Outcome for the Built Environment by launching a series of near-term way-point actions needed across all levers for system change in this highly important sector.

And talking of the UN High-Level Climate Champions work, the percentage of construction companies, by revenue, that have joined the Race to Zero has doubled since COP26. Contractors have committed to halving their emissions by 2030 at the very latest, across all scopes. The construction sector organisations now committed to Race to Zero totals over $245 billion (USD) in revenue. Launched ahead of COP27 in collaboration with the UN High Level Climate Champions and C40 Cities, the WorldGBC Guide to Climate Resilience and Adaptation in the Built Environment also provides actionable principles for implementing climate resilience and adaptation strategies across the built environment value chain. Indeed, with over 200 different events and initiatives focused on the built environment throughout the two weeks of COP27, there was a strong message emerging from COP27 for our sector: we can be part of the climate solution and we need to accelerate the deployment of mitigation and adaptation works at scale.

Reasons to be Hopeful

Amidst the rising levels of concern that we must go further faster it’s nonetheless important to highlight a few more reasons to be hopeful following COP27, including:

With every closing of exhausting COP negotiations, comes the mounting tension and anticipation for the following one. So, with COP28 taking place in Dubai in a year’s time, and this also being the first Global Stocktake of implementation of the Paris Agreement, 2023 will be another critical year for climate action!

It’s not just up to the delegates meeting at COP, but all of us to take meaningful Climate Action. Here are ways you can take action with UKGBC: