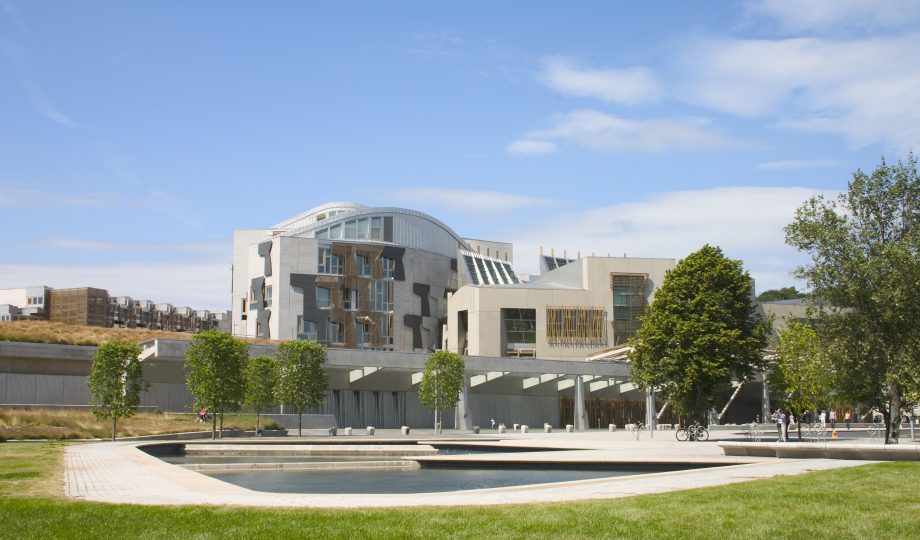 On the 5th February, the Scottish Government released their Draft Heat in Buildings Strategy consultation, with a view to gather industry perspectives on Scotland’s progression towards ensuring all buildings reach zero emissions by 2045. As part of this evidence gathering, the consultation investigates a wide range of topics and identifies several risks and opportunities for decarbonising heat in Scotland.

Currently 81% of homes and 30% of non-domestic buildings in Scotland are heated via the gas network. The challenge of moving to a low carbon heating system will therefore be significant, and it is estimated the cost to achieve this it will be £33 billion.  Intersecting this challenge, the Scottish Government has also recognised the need to ensure a Just Transition to low carbon heating, and highlights fuel poverty as a key concern. As identified in the Draft Strategy, there is a tension between meeting climate objectives and commitment to ending fuel poverty, as many zero emissions heating systems are more costly to install and can be more expensive to run than high emissions alternatives. As a result, the Scottish Government has proposed that if a new heating system would push a household into fuel poverty, support should initially be given to increase energy efficiency measures.

Whilst the Draft Strategy identifies the need to decarbonise heat as a number one priority, energy efficiency should not be secondary and efforts should be made to increase energy efficiency across all buildings in tandem with heat decarbonisation. This is a challenge throughout the UK, particularly in light of the 2022 retirement of the Domestic Renewable Heat Incentive (RHI), as poor energy efficiency will lead to increased energy bills compared to the base case of a gas boiler.

To address both affordability and the wider challenges surrounding heat decarbonisation, the Draft Strategy goes on to outline several possible methods, goals and mechanisms designed to accelerate progress. These broadly cover the role of Government support, relevant technologies and the milestones to achieve.

The consultation has calculated the average cost of retrofitting a heat pump and improving energy efficiency in the domestic building stock at £12,000 per household.  To ensure a Just Transition, Government support will be required to allow homeowners to change heating systems, with innovative delivery models such as ‘heat as a service’ as one such mechanism. In this scenario, the upfront cost of heat pumps are recouped over a period of time with maintenance and operating costs included.  Although this will raise consumers electricity bills, to alleviate this, one proposition is a fundamental change in carbon taxes that are more heavily weighted onto electricity as opposed to gas bills may be required by the UK Government.

On more strategic level, the Scottish Government plans to consult on the successor of the Low Carbon Infrastructure Transition Programme (LCITP), which has achieved excellent levels of low carbon infrastructure throughout Scotland, particularly in the form of district heat networks.

It is recognised within the consultation that a significant proportion of new heating systems will likely involve air source heating. To achieve good efficiency from a heat pump, the heating system is required to run at a much lower temperature than traditional heating and hot water systems.  Solutions such as bigger radiators or underfloor heating can be employed for heat, but more complex integrated systems such as solar thermal panels may be required for hot water.

The Scottish Government is undertaking further research to consolidate evidence on heat pump performance in situ across Scotland where data exists. This research will be published in March 2021, and will be used to inform future policy.

Alongside the anticipated role for air source heating, the consultation also highlights the potential to supply between 7-12% of Scotland’s heating needs via district heat networks. At present, many of these would not be considered zero carbon as they use gas combined heat and power.  However, in the future the heating source for these networks could be changed to a low carbon alternative.  With this in mind, the Scottish Government recognise these district heating networks as ‘Zero Carbon Ready’.

Investigations are also underway to assess the potential for hydrogen injection into the gas network, which could replace up to 20% of natural gas makeup.   In future, 100% hydrogen may completely replace gas in the network.  However, as we replace gas boilers now with heat pumps to decarbonise swiftly, it will be unlikely that 100% hydrogen networks will play a significant role in the current housing stock.

The consultation also sets out a useful roadmap of key goals to achieve and dates by which policies will come into effect. Notably, it recommends that the minimum standard of Energy Performance Certificate (EPC) for domestic properties be ‘C’ rated by 2035.  As rollout of low carbon heating systems increases, the target may become more stringent after this date.

In recognising that new buildings must not add to Scotland’s carbon emissions, from 2024 all new homes will be required to have high standards of fabric and use direct zero carbon emissions heating systems.

New heat networks consented from 2023 will also be required to supply from low carbon sources.  For example, heat from waste, biomass from sustainable sources, or green hydrogen. Overall, the expectation is for all buildings that are currently on the gas grid to have decarbonised their heating system by 2030.

The challenge of achieving Net Zero emissions by 2045 across Scotland cannot be overstated.  It will require everyone from Government to households to play their part. The consultation is a good step and will allow the Scottish Government to hear views from interested stakeholders on the challenges that will be involved.

Responses to the Scottish Government’s Draft Heat in Buildings Strategy consultation will be accepted until 30th April 2021.

For more information and details on how to respond, visit: https://consult.gov.scot/energy-and-climate-change-directorate/heat-in-buildings-strategy/