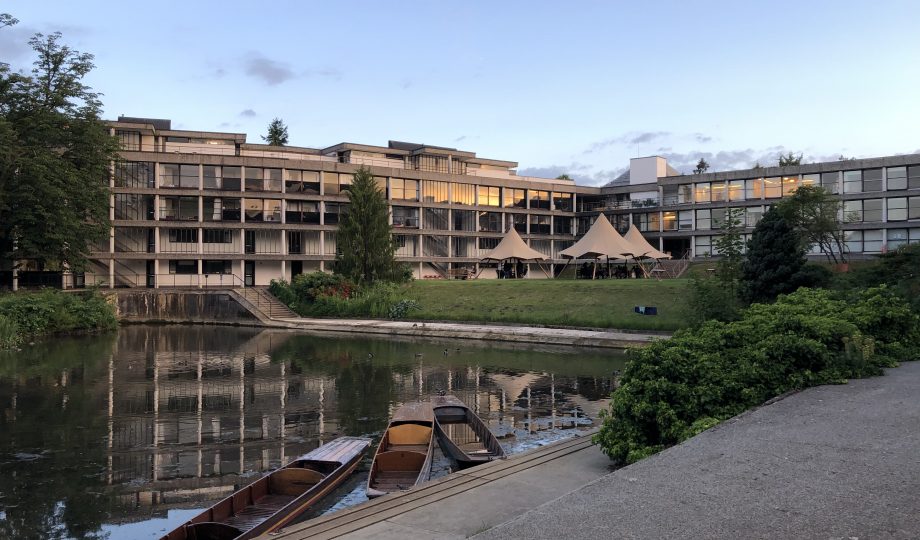 Max Fordham is currently working with Wolfson College, at the University of Oxford, on an £8M project to cut at least 75% of its carbon emissions on its main estate by March 2022. The decarbonisation project is supported by a £5m government grant and is part of the College’s plan to achieve a net zero carbon estate by 2030 at the latest.

Founded in 1966, Wolfson College combines modern values with academic excellence, providing graduate students and Fellows with an egalitarian home by the Cherwell River. Its cherished Brutalist buildings by Powell and Moya were completed in 1974 and are now Grade II listed. However, the building’s design does not reflect the College’s commitment to a minimum impact on the environment. Wolfson College currently has a twenty-year carbon footprint of an estimated 24,000 tonnes of CO2, much of which relates to heating its buildings.

Decarbonisation of heating is difficult. The economic argument for investment is simply not there, which precludes much of the progress. The Department for Business, Energy and Industrial Strategy (BEIS) is very aware of this and looking for creative solutions that will meet politicians’ approval. Ironically, the pandemic provided such an opportunity and the Government made £1bn available to fully fund decarbonisation projects in the public sector: part stimulus package, part decarbonisation.

Meanwhile, as part of its new Estate Strategy, the College had recently established decarbonisation as its number one priority and was already investigating funding opportunities. However, given the cost of replacing the windows on the 20th century listed building, and the various other measures needed, the College faced an uphill struggle. Max Fordham were keen to show what could be done to decarbonise such a large, complex estate.

To secure part of the £1bn Salix grant, we needed to move fast. There was no cap, the grants were issued on a first come first served basis, and the money needed to be spent by March 2021 or at a stretch September 2021. We applied based on a proposal to replace the windows, insulate the fabric and replace the gas heating with electric air-source heat pumps. Although Salix were very sympathetic to our initial bid, we missed out on the first round of funding as our project simply wasn’t advanced enough to be completed within their tight timeframes. However, the successful uptake of the grants resulted in the announcement of another grant round – Phase 2 – in April 2021, and this time we were ready, with the project quite well developed. This fund was much smaller at £75m, more proscribed in what it would pay for, and it had a bid limit of £5m, so required the College Governing Body to agree to make a £3M contribution. This time our application was successful! 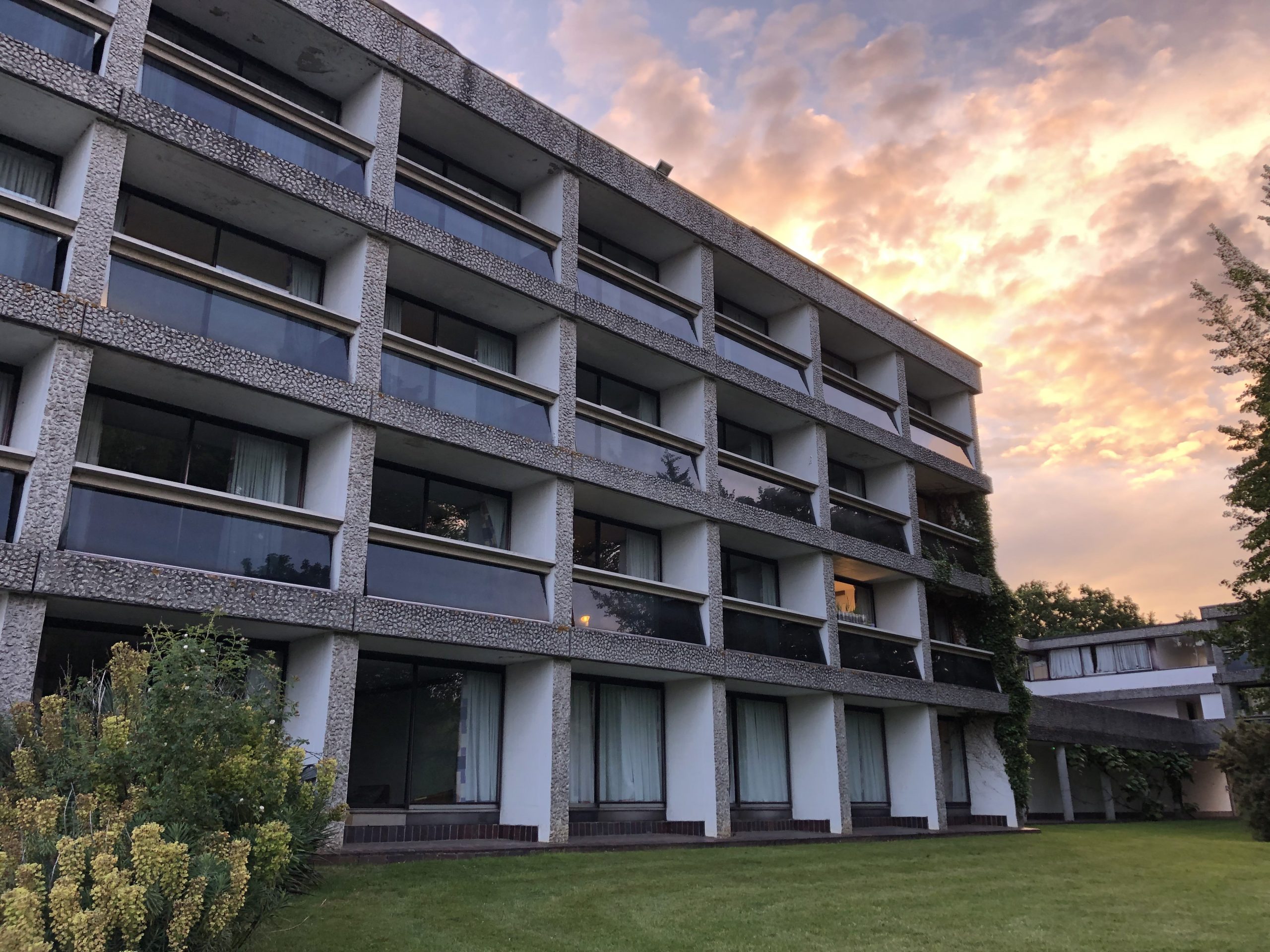 Max Fordham were commissioned to complete an energy audit and decarbonisation plan, and to oversee the project. Through the audit we established that replacing the windows (of which there are over 1,000!) and doing all the combined insulation methods would lead to an 80% reduction in the buildings’ annual space heating requirement. In addition to this, replacing the original 50-year-old gas boilers with modern heat pumps running on clean electricity would reduce the main estate’s carbon footprint by at least 75% (from 1,200 tonnes per year to 230 tonnes per year). The College is now on a program to replace its extensive elevations of single glazing with new, thermally-broken, aluminium frames with CUin glass, which claim to have an extraordinarily low mid-pane U-value of 0.4 W/m2K.

Having a river nearby and land for a ground-mounted PV array, the College was spoilt for choice for a source of heat. We decided on air as the simplest and cheapest-to-install reliable heat source, although the noise and cold airflow had to be carefully considered. We wanted to avoid an environmentally damaging refrigerant and (ironically) chose a CO2 sealed system (the greenest of refrigerants) that is now common in supermarkets, but not in other buildings. The trans critical cycle can produce high temperatures of 75°C, but the efficiency of the system relies on getting water back at a low (less than 34°C) temperature.

While heat pump technology has been around for a few years, this will be one of the largest heat pump programmes ever undertaken in the UK and one of the largest to be retrofitted to an estate of this complexity. The existing pipework is being retained and reused (otherwise the project would be completely unviable in terms of both cost and disruption) and we are re-using the existing radiators. One big challenge of moving from gas-fired heating to electric is that it does require much more power to the site. As a result, a key aspect to the project was the upgrade of the transformer from 400 kVA to 1200 kVA and the routing of big cables from the transformer to the heat pumps.

The College has received their first tranche of money and the initial project, which includes the change to electric heat pumps and the replacement of around 70% of the windows, is programmed to be complete by the end of February 2022.  To get to net zero across the whole of its estate of over 15,000m2 of gross internal floor area of work and living space, more work will need to be done, but the current project will certainly break the back of carbon emissions at the College.

“Thanks to the support of the Government, commitment of the College and expertise of architectural and engineering consultants, we can turn a 1960s building into a place fit for the 21st century, without disrupting the fluid composition and striking structure of the original design. This project shows that the tide can be turned on climate change. One of Oxford’s biggest emitters can eliminate carbon and inspire others across higher education and the public sector.”