BLOG: Money does grow on trees – the economic case for biodiversity

With the Government having now officially launched its review into the global economics of biodiversity, UKGBC’s Philip Box and Robert Winch explore the value of nature in the built environment. 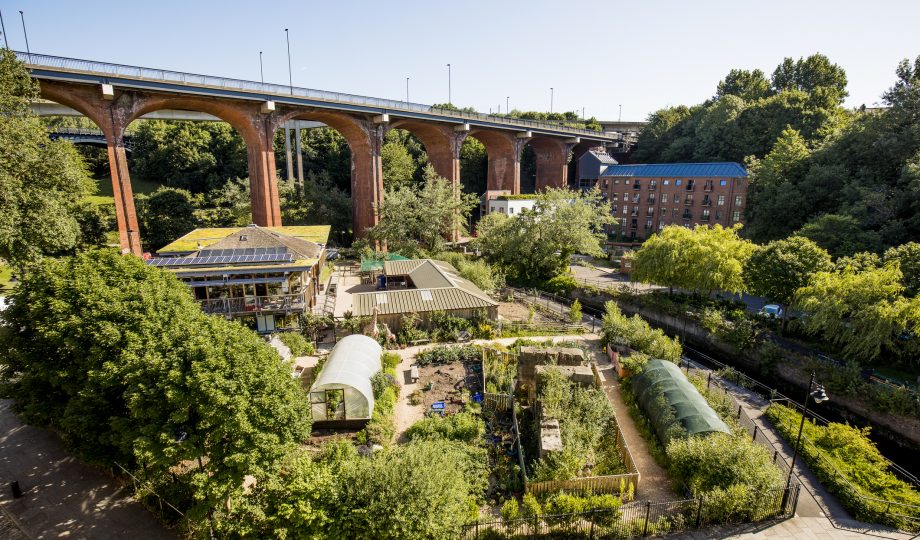 First announced in the Spring Budget in March 2019, The Treasury has now officially fired the starting gun for the promised global review into the economics of biodiversity, led by Professor Sir Partha Dasgupta.

The review’s remit is to assess the economic benefits of biodiversity globally, alongside potential risks. At the launch announcement Secretary to the Treasury Simon Clark called for the development of “creative and transformative solutions” to better protect natural habitats and forge “a sustainable economy in harmony with nature”.

Promoting biodiversity in the built environment links to both direct economic incentives and good placemaking; with the two often one and the same.

This connection was part of the reasoning for the policy of biodiversity net gain in new development, as not only do gains for nature make development easier, through attracting less opposition, but they also result is more desirable, valuable and ecologically sound, places to live.

Alongside the aim to leave nature “in a better state than it found it”, the Government has also been examining the role of beauty in the built environment. In our response to the Building Better, Building Beautiful Commission, UKGBC highlighted the importance of green infrastructure and specifically biodiversity in any working approach to beauty, and how the two are mutually reinforcing.

Indeed in support of this, recent statistics by Historic England revealed that gardens, with all their associated species diversity and natural amenity value, were the second most popular category of visitor destination in the UK. Visits to natural heritage environments were worth £4 billion directly to the UK in 2015/16, providing 88,000 directly associated jobs. This value is significantly increased when supply chains and other peripheral benefits, including nature’s role in improving mental health and preventive care, are considered, indirectly adding an extra £2.4 billion and 42,000 jobs.

Whilst the value of green space for mental and physical health is well evidenced, the specific relationship with biodiversity is relatively unexplored.

However, a growing number of studies, have increasingly shown a positive correlation between species abundance, “naturalness” and mental health. A study by Fuller et al. (2007) found both greater bird and plant diversity increased the wellbeing benefits gained from those visiting the green space. Likewise, Cox et al. (2017) found that bird abundance and vegetation cover in urban areas reduced residents’ anxiety, stress, and depression.

These health benefits are clearly directly relevant to the Government’s current strategic focus on preventative care, and the potential to deliver substantial health-based economic savings simply through better quality living environments. Likewise, biodiversity is crucial in ensuring buildings and neighborhoods are properly prepared for the future, together with the prospective health and wider challenges associated with changing climatic conditions.

We are now familiar with the IPCC (2018) prediction of a 1.5oC increase in the global average temperature being hit somewhere between 2030 and 2052. Practically, for the UK, this means hotter drier summers and wetter winters. Nature based solutions allow buildings and infrastructure to adapt to these changes whilst also delivering the benefits to people, planet and business.

A 10% increase in green infrastructure within an urban heat island can provide up to 2.5oC in climatic cooling, reducing the need for expensive HVAC systems (Environmental Audit Committee, 2018). Tree roots stabilise soil and take up water thereby reducing flood risk, which can be a low-cost alternative to hard engineering.

The business case for using nature and biodiversity to create a climate resilient urban environment is far from being well understood. The IGNITION project, for which UKGBC is a Project Partner, is in the early stages of developing financial mechanisms for green infrastructure. Opportunities to get involved in this project will be communicated by UKGBC as they arise.

UKGBC is also working towards its vision for a built environment that enables people and planet to thrive. This includes by “adapting to climate change” and “embracing and restoring nature and promoting biodiversity”. Our next step towards this vision is to identify an industry ambition, which we are currently consulting on and you can respond here.

One of the strongest drivers of action in industry is a well understood business case. It is clear nature and biodiversity have a monumental value in creating beautiful, desirable, resilient and sustainable places for the future, but valuing this in pounds sterling is not an easy undertaking. Constructing the business case becomes even more convoluted when the benefits do not always transfer directly back to the investor, as is often the case with nature. We are in an ecological crisis but avoiding this isn’t yet widely seen as a business imperative. The work of The Treasury on the economic case for biodiversity and that of IGNITION into the financial mechanisms for green infrastructure could create the insight we need to find a robust model for regenerating our country’s lost biodiversity.

UKGBC is running a consultation on the built environment’s ambition around climate resilience and nature & biodiversity. Please submit your views here.

We have launched a NEW Course Mail series on nature and biodiversity covering green infrastructure, biodiversity net gain and ecosystem services. You can sign up here.