PRESS RELEASE: New report confirms that net zero is achievable for the built environment sector by 2050, but only with urgent government action 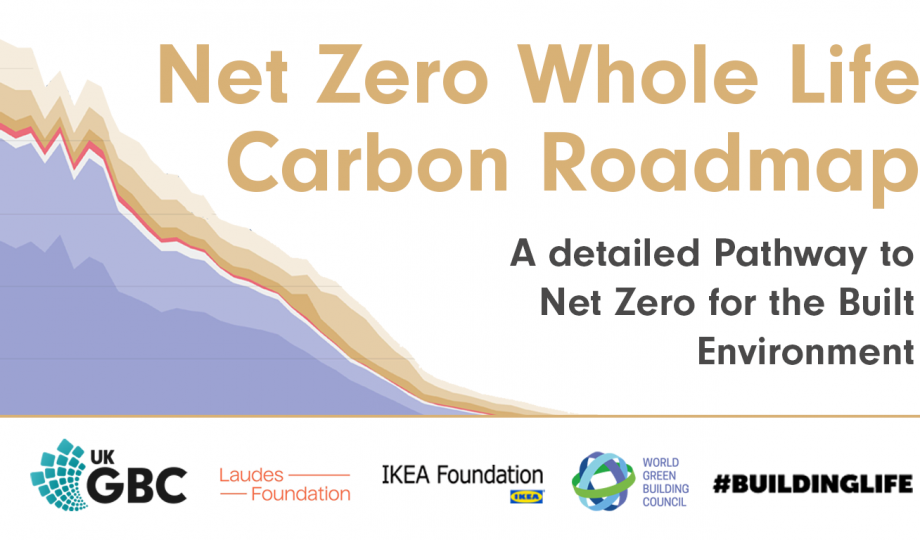 As global leaders convene at COP26 to discuss the role of the built environment in addressing climate change, the UK Green Building Council (UKGBC) has launched a Net Zero Whole Life Carbon Roadmap for the UK Built Environment (The Roadmap) detailing the necessary actions government and industry must take to achieve net zero across the sector. The built environment is directly responsible for 25% of the total UK carbon footprint, and therefore has a critical role to play in the national transition to Net Zero. Co-created by industry with over 100 organisations contributing, the Roadmap provides a shared vision and set of actions for achieving a net zero UK built environment by 2050, in relation to construction, operation and demolition of buildings and infrastructure.

The Roadmap quantifies, for the first time, the specific emission reductions across sub-sectors of the built environment that will need to take place year-on-year to meet the 2050 deadline. The analysis includes not only domestic emissions, but emissions related to the consumption of imported construction products and materials. The Roadmap establishes a net zero emissions budget and trajectory to 2050, consistent with wider UK carbon targets and budgets as set-out by the Climate Change Committee (CCC), enabling government and the UK built environment to benchmark progress over the coming years and decades.

“After all the talk, it’s time for action. The UK Government’s Heat and Buildings Strategy is a step in the right direction but fails to address several key priorities that this analysis clearly demonstrates are non-negotiable to achieving a net-zero carbon built environment by 2050. The Net Zero Whole Life Carbon Roadmap pulls together disparate strands of recent policy and action into one coherent pathway, with clear recommendations for National Government and Local Authorities, as well as the private sector and the wider industry. We urge policy-makers and industry to embed these recommendations into policies and strategies to make good on the promises and commitments of COP26.”

The Roadmap sets out policy recommendations for central and local governments to help drive and enable the transition needed to decarbonise the sector. These go beyond the recently published UK Government Heat & Buildings strategy and cover existing homes, existing non-domestic buildings and new buildings as well as for the infrastructure which connects our buildings and industry.

3) Adoption of a design for performance approach to new buildings.

5) National infrastructure investment based on the net emissions impact.

“As we start a critical decade for climate action, the United Kingdom can and should take a leadership role. This report epitomises leadership and establishes that the UK built environment has a comprehensive and rigorous plan for abating its emissions across the construction, operation, and demolition of buildings and infrastructure. I invite you all to use this Roadmap for delivering a net zero future.”

The Roadmap was co-created by the industry through a project Steering Group and four Task Groups with over 100 organisations contributing. Many of the recommendations align with existing industry initiatives such as Construct Zero from the Construction Leadership Council, and the Construction Industry Council’s Climate Action Plan as well as those contained in the recently published Scottish Government Heat & Buildings strategy. In some cases, the recommendations build on existing Government policy initiatives to facilitate adoption of further proposals and timelines.

UKGBC is one of several European GBCs developing national whole life carbon roadmaps under the #BuildingLife project and The Roadmap was made possible thanks to the support of Laudes Foundation and Ikea Foundation.