UKGBC’s John Alker reflects on the West Midlands Combined Authority’s new Climate Action Plan and Design Charter and discusses the next steps to realise these ambitions. 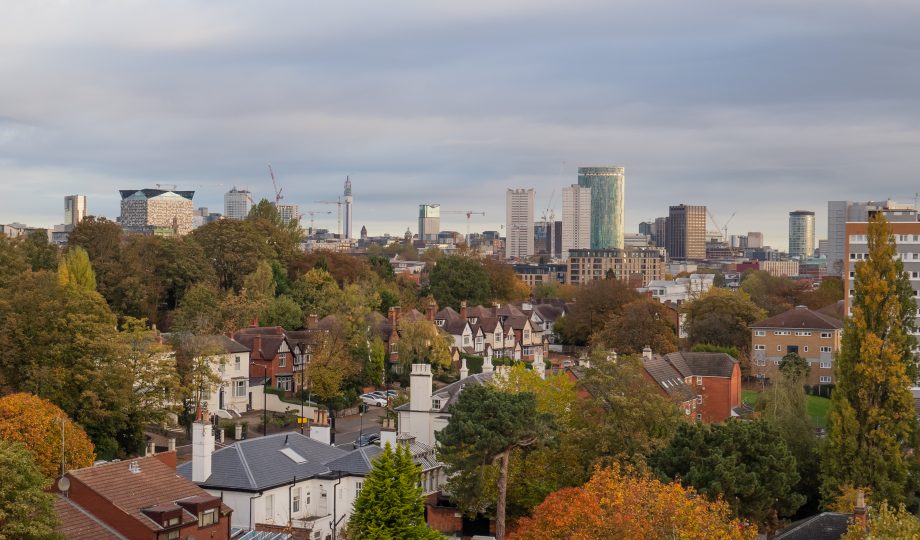 Yesterday was a big day in the West Midlands for those with an interest in sustainability and the built environment, with the launch of not one, but two key publications from the combined authority.

I attended the launch of the region’s Climate Action Plan, a green paper out for seven-week consultation, at UKGBC Gold Leaf member Cundall’s offices. The mayor gave an impressive presentation (there can’t be many politicians as comfortable with PowerPoint). In it he took a very interesting and honest line, encouraging a collective regional responsibility for historical carbon emissions from this industrial pioneer – and therefore proposing a leadership role in driving the transition to net zero.

The headline target is a carbon neutral region by 2041 – with solid analysis by the Tyndall Centre behind those figures. The proposed plan, consisting of 74 actions, is pretty comprehensive (although I’m not sure embodied carbon gets much of a mention) and it genuinely feels like it is rooted in the region – respecting and building on its heritage and psyche.

Of course, getting it done is going to be no mean feat and the Mayor made a very clear pitch for Central Government support in the way of funding. I asked him what he felt was the most important power he would like devolved in order to support either WMCA or the local authorities deliver the Plan, and interestingly he picked out the ability to retain control over where ECO funds are spent. Understandably he called home retrofit “mission critical”. Tellingly, he was more coy about whether he would want the ability to tweak the mechanism – and was quick to recognise the sensitivity of levies on consumer bills.

This hints at probably the hardest bit of all of this – how to find the right mix of policy, regulation, funding and incentives to drive the behaviour change needed – particularly in respect of home retrofit, and indeed transport. And crucially, who is pulling which lever – from national, to regional, to local? The mayor was clear that home retrofit required national action. I agree, but if we wait around too long for that, it may be too late. As I’ve written elsewhere recently, there is a great deal that cities and combined authorities can do to lead.

Earlier in the day, intriguingly separate and yet closely related, was the publication of the West Midlands Design Charter, which “sets out to secure high-quality design in housing, civic architecture, urban spaces, parks and transport infrastructure”. The themes and principles seem thoroughly sensible – covering character, wellbeing, connectivity, resilience etc. It’s great to see high-quality design given the prominence and focus it deserves – particularly in light of the damning UCL report on housebuilding earlier in the week.

The Charter certainly covers the ‘what’ pretty well. The key challenge I imagine is the ‘how’. WMCA have said it “will provide an extra tool for local planning authorities to secure good urban design and high-quality development”. Will this be a requirement? How will schemes be judged? It will need more teeth than it currently has in certain areas. “Seeking” to reduce carbon, and “considering” the “potential” to meet net zero carbon is not going to cut it. Or at least, it’s going to go out of date very quickly if a net zero carbon standard is brought in, as per one of the proposals in the WMCA Climate Action Plan.

But I don’t want to sound churlish – these are the right conversations to be having, and WMCA is to be applauded for taking a lead. These are exciting times for the region. UKGBC will be working with WMCA officers during the consultation phase to feed in views and to support them achieve it.