Hannah Giddings, Advisor for Resilience and Nature Based Solutions at UKGBC, reflects on Climate Resilience during COP26 and its importance alongside mitigation. 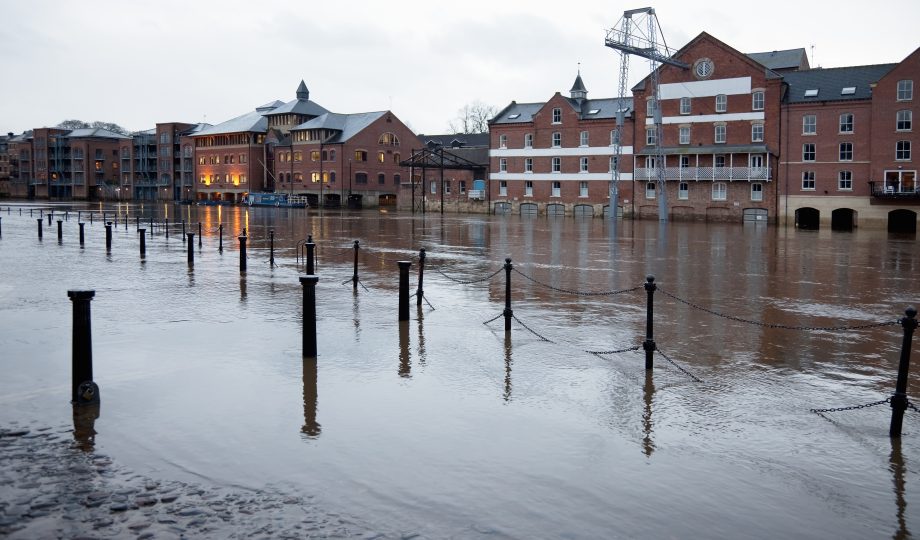 Considering one of the main presidency themes of COP26 is climate adaptation, it seemed somewhat ironic when thousands of delegates were stranded in London last week after extreme weather events cancelled train journeys in the area. Putting aside the frustration of travel delays (how many then flew up?), the heavy flooding caused two bridges to collapse in Annan alongside damage to numerous homes and buildings. It’s yet another clear sign that the effects of climate change are already here, and adaptation action is just as crucial alongside mitigation.

So, what’s stopping us? Compared with climate mitigation, adaptation is messy. To mitigate climate change, we know we need to reduce global greenhouse gas emissions to net zero kgCO2. A single metric. Whilst not necessarily easy to put into practice, it’s easily understood. Adaptation on the other hand involves multiple hazards (flooding, heat stress, storm events), all with different units of measurement. We’re not certain when these events will take place, or exactly how extreme they will be, making it difficult to implement strategies and/or policy to protect our environments against them.

The financing of adaptation action is also often neglected. It has been estimated that current rates of investment in nature-based adaptation will result in a finance gap that will stand at $4.1 Trillion by 2050. During her powerful speech during the COP26 opening ceremony the Prime Minister of Barbados, Mia Amor Mottley, stated that global “adaptation finance remains only at 25%, not the 50/50 split that was promised nor needed, given the warming that is already taking place on this earth”.

It was, however, promising to see Rishi Sunak mention adaptation alongside mitigation when launching his net zero transition plans last week. Similarly, with climate risk disclosure to become mandatory in April 2022, organisations will be obligated to consider and report their physical risk from climate-related events. Nature-related risks are also increasingly becoming part of the conversation with the formation of the Taskforce on Nature-related Financial Disclosure (TNFD) this year, and the recent publication of the Sustainable Insurance Forum’s (SIF) Nature-related Risks in the Global Insurance Sector. Fingers crossed, with the focus finally turning in this direction, we will start to see the drastic upscaling of nature-positive adaptation that is so desperately needed.

If you’re interested in learning more about financing the adaptation gap within the UK built environment, UKGBC’s latest short report has launched today. Based on an IGNITION event held in July, in partnership with the Environment Agency, and Greater Manchester Combined Authority, key financial and built environment stakeholders were brought together to discuss the barriers and challenges we face when financing adaptation, and the role that Nature-Based Solutions can play in adapting built assets to climatic risks. The report highlights the need to measure and communicate the benefits of NBS more effectively to a wider audience, recognising the difficulty in instilling investor confidence in NBS within an emerging market and supply chain. The report is available now to download here.

If you want to know more about the Climate Resilience work we do here at UKGBC, view its home page or contact the author of this post hannah.giddings@ukgbc.org.