The UK Green Building Council (UKGBC) has today announced Sunand Prasad as its new Chair of the Board of Trustees. 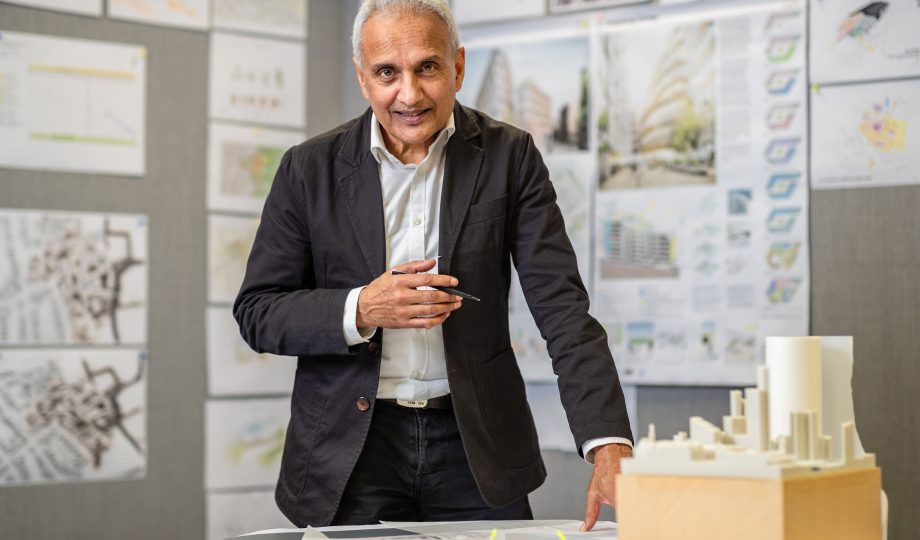 He plans to use his chairmanship of UKGBC to champion climate action in the property and construction industry and inspire the industry to adopt practical solutions to making buildings truly sustainable and regenerative by design. He is also passionate about the social value delivered by both the places we create and the industry itself and has pledged to use his position to bring more diverse voices into the conversation around sustainability.

Born in India in 1950, Sunand grew up in a rural community deeply connected with nature. Fast forward to 2020 and he’s made a name for himself in British architecture, having studied first at Cambridge and then the RCA, before co-founding award-winning architecture practice, Penoyre & Prasad (now part of Perkins + Will). He has risen through the profession to become a president of the Royal Institute to British Architects (2007 -2009) and is recognised as a prominent voice on sustainability across the built environment.

Through his practice he has been involved in many notable developments across the UK – specialising in public projects including cultural, healthcare, residential and educational buildings.

“I am thrilled that Sunand has been elected by the Board of Trustees as Chairman. Having already served as a Trustee for several years, his strategic counsel has been invaluable in helping us to keep the conversation around sustainability moving forward.

“We are now at a critical point in our journey. As we focus on overcoming the pandemic, we must not lose sight of the urgent need to build back better. We must greatly accelerate action on the ground,driving widespread adoption of sustainable solutions. Sunand is the person to help us do just that and I look forward to working closely with him.”

Sunand Prasad, Chair of the Board of Trustees at UKGBC, said:

“I’m excited to be taking the helm at UKGBC at such an extraordinary moment. As we struggle through the pandemic we are showing the ability to embrace change at a speed and scale not previously thought possible. It is vital that we now show that our industry can step up to the climate emergency. UKGBC will support the industry to do this through championing solutions in the widest possible sense: scaling existing solutions, profiling new delivery models, supporting independent innovators, spotlighting new finance mechanisms, and pushing past financial, regulatory or cultural barriers to progress.

“The business case for sustainability has been made. If you don’t act on the climate crisis you’ll be outpaced by your competitors, abandoned by your investors and unprepared for the physical impacts of climate change.

“I’m also making it my personal mission to increase the diversity of individuals at the table for conversations around sustainability and the built environment. The climate crisis affects everyone, and we will only succeed in overcoming it if we listen to everyone and all work together.”

Sunand takes over the role from David Partridge of Argent LLP, following his three–year tenure as chair. David will remain on the Board of Trustees.

To ensure that the industry leaders of the future are represented at the highest level of the organisation’s governance structure, each autumn, the Board of Trustees invites an alumnus of UKGBC’s Future Leaders programme to join the Board for a two–year term. Today the Board welcomes the appointment of Derek Wilson, Senior Sustainable Development Manager at Transport for London. Willmott Dixon’s Michael Cross steps down having completed his two-year tenure, and the Board wishes to extend their gratitude for his excellent contribution over that time.

The full membership of UKGBC’s Board of Trustees is now as follows: