DEEP DIVE: The Levelling Up white paper and the sustainable built environment

Public Affairs & Policy Officer Philip Box shares UKGBC's analysis of the Levelling Up White Paper and what it means for a sustainable built environment. 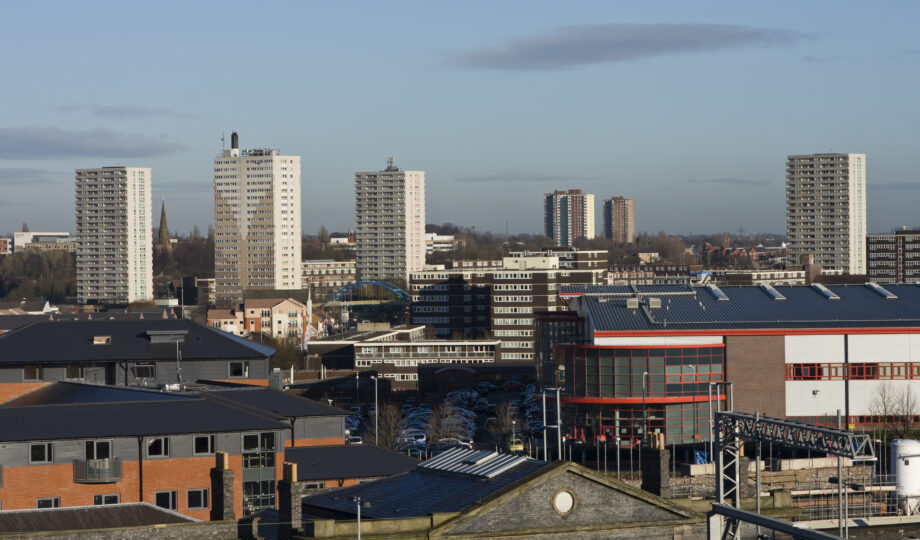 On 2 February the government posted its long-awaited Levelling Up White Paper, outlining its vision for how it will address regional inequality across the UK.

The paper contains ’12 key missions’ to define levelling-up, with the targets focused on 2030. Each mission is accompanied by a set of indicators to measure progress, alongside both related and intended policy announcements.  the themes covered include health and wellbeing, pride of place, skills, research and development, homeownership, devolution and infrastructure.

UKGBC has analysed these announcements alongside the wider implications for the industry and achieving a more sustainable built environment.

1. How central is Net Zero and a sustainable built environment to levelling up?

The initial press release made no mention of net zero, and it is not featured explicitly in any of the 12 defining missions. This was disappointing, given the potential of the net zero transition to be a central driver in delivering the levelling up agenda.

However, the full paper does explore potential links between net zero and levelling up, mainly through references to existing strategies, such as the Net Zero Strategy, 10 Point Plan for Green Industrial Revolution, and the work of the Green Jobs Taskforce. This includes a section explicitly mapping out associated green job opportunities.

Several of the missions do cover areas related to sustainability – such as health, well-being, home ownership, pride of place – although none of the chosen indicators specifically target sustainability outcomes. However, delivering substantial progress across the associated metrics, such healthy life expectancy, employment and life satisfaction, will clearly be connected to delivering a more sustainable built environment, through the associated benefits of energy efficiency, green space and improving air quality and so on.

Beyond this, further references to net zero are made within the context of existing funds, projects, devolution, and related initiatives, such as projects funded through the Towns Fund and Freeports, but are therefore in a limited capacity as specific examples.

Was there anything new?

The main significant announcement was the extension of the Decent Homes Standard to all private rented homes, with a target for the number of non-decent homes to have fallen by 50% by 2030.

However, in terms of energy efficiency, the Decent Homes Standard is currently less ambitious than what the PRS Minimum Energy Efficiency Standard already requires (EPC Band E) and significantly below what has been proposed, EPC Band C by 2025 for new tenancies and 2028 for all tenancies.

In addition, the White Paper also confirmed plans for new changes to public procurement rules. This includes plans to legislate ‘to place a duty on all contracting authorities to have regard for national and local priorities’, specifically the transition to net zero and wider social value factors.

A central theme of the Paper was of course devolution.

By 2030, every part of England (that wants one) can have a devolution deal with powers at or approaching the highest level of devolution, with simplified, long-term funding settlements and the option for new County Deals. Several areas have already been invited to participate in initial discussions.

This is certainly a positive move. As seen in relation to UKGBC’s Accelerator Cities Programme, ambitious local and combined authorities have been instrumental in driving impressive sustainability outcomes locally, through the likes of locally led retrofit programmes.

Further devolution, and the existing funds highlighted, offer various avenues for local authorities to support their net zero ambitions. However, further powers and funds will be needed if local authorities are to step-up the pace to meet their more stretching targets, particularly in relation to retrofitting significant numbers of homes and building the associated local supply chains. Likewise, not all of the barriers to this can be addressed through local government alone, and central government support will be essential for ensuring smaller scale local interventions help lead to mass, widespread action in the longer-term.

The White Paper highlighted several initiatives in relation to skills, although it did not place an over riding focus specifically on green skills.

Indeed plans are already in motion for these employer-led LSIPs to be rolled out across England, together with supporting funding, to prioritise areas with the most pressing skills needs. Employers, convened by employer representative bodies, will work with providers to quadruple places in England on Skills Bootcamps, as was first announced in the Autumn Budget 2021

In addition, the White paper also included plans for a new Unit for Future Skills, which will work with BEIS and DWP to bring together the skills data and information held across government. The Unit will produce information on local skills demand, future skills needs of business, the skills available in an area and the pathways between training and jobs.

With a significant body of evidence already available on the net zero skills gap in relation to the built environment, any focus on skills offers a valuable avenue address this, even if it is not explicitly prioritised up front. Although very few of the current government skills bootcamps have explicitly targeted skills associated with the decarbonizing built environment, there have been a number specifically focused on home retrofit,  which offer useful template and should be scaled up considerably.

If the Government and local authorities are to achieve their net zero targets, then explicitly addressing the net zero skills gap has to be prioritised as a central pillar of the Government’s skills programme, with urgent action required to unlock the opportunities associated with the construction sector.

Lastly, although it was initially suggested that the Levelling up White Paper would be closely connected with plans on the next steps of the Government’s planning reforms, no additional information was forthcoming, beyond headline intentions to ensure the planning system reflects net zero.

There was however a general focus on urban regeneration, through changes to Homes England’s remit and plans to help regenerate 20 towns and cities through the allocation of levelling up and brownfield funding. This was accompanied by changes to infrastructure funding allocation and support from existing house building funds to encourage development away from London and the South East.

How this regeneration will be delivered does however raise questions around how the White Paper’s stated goals will fit with the recent national expansion in permitted development rights. Recent changes have led to a significant rise in substandard accommodation, also noted by the Building Better Building Beautiful Commission, which will have implications for success in relation to any pride of place, health and wellbeing indicators.

The publication of the Levelling Up White Paper marks an important moment in current Government policy. Now, Levelling Up has its clear definition, with significant ramifications for how we achieve a just net zero transition and the role of the built environment.

Whilst the wider political situation does of course raise questions around the longevity and delivery of this vision, the core issues at its heart – and how the sustainable built environment can help address them – will be crucial to the important policy decisions that lie ahead.