The UK Green Building Council (UKGBC) has launched a new framework to support industry recognise and capture the significant value and benefit of nature-based solutions across urban developments. 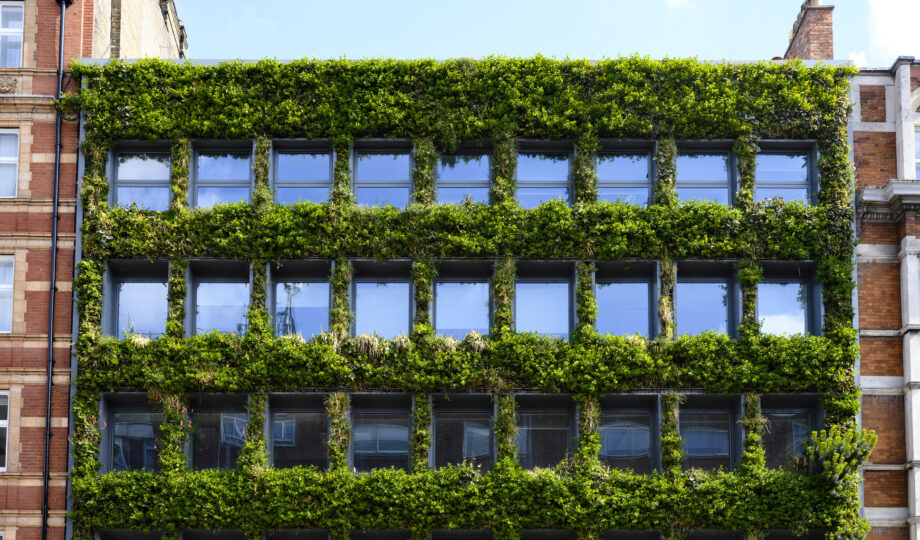 In February 2022 the Intergovernmental Panel on Climate Change (IPCC)’s reinforced the urgent need for climate adaptation, highlighting “any further delay in concerted global action will miss a brief and rapidly closing window to secure a liveable future.”1 Many of the risks identified for the UK fall under the direct responsibility of the built environment, such as heat stress and flooding. The accelerating impacts of climate change highlight the critical need for greater levels of adaptation and mitigation across the built environment.

Nature-based solutions (NBS) offer an adaptation approach for our cities and built environments to become more resilient to the impacts of climate change. However, delivering NBS at scale will require both public and private funds to be committed at increased levels. To date, the majority of global finance for nature has been provided by the public sector, coordinated by national and local governments. In the UK a £976 million spending gap has been identified for the provision of accessible green (and blue) spaces.2 Greater support from the private sector will therefore be critical to bridging the finance gap for adaptation.

Launched today, The Value of Urban Nature Based Solutions, reveals the significant scale of benefits that NBS can deliver across developments and communities, as well as guidance to support built environment stakeholders to overcome current barriers with communicating the true value of NBS.

This report outlines an approach to successfully integrate NBS into the built environment. It includes a suggested framework and a range of innovative mechanisms and examples to effectively make the case for and assess the value of NBS. It presents a simple benefits analysis approach to help users define the benefits and value that they can draw from NBS, supporting them to develop their own business cases for investment, delivery, and maintenance of NBS, to further mainstream its consideration across industry. Through taking a holistic view of NBS, the approach outlined within the report demonstrates how the benefits of NBS can stretch far beyond their primary purpose and can benefit a broader range of stakeholders than initially expected.

This report is primarily intended to be used by decision makers in the built environment such as developers and asset owners. In addition, members of design teams can use this information to support the case for nature-based solutions on a project level. This includes sustainability consultants, ecologists, and landscape architects. It will also be useful to local authorities with an interest in adaptation strategies and green infrastructure. Finally, financial institutions such as investors and lenders will find this report useful.

“Nature-based solutions are an exceptional solution for the challenges of our time. NBS can play a critical role in futureproofing developments, provide much needed adaptation to climate-related risks, whilst also delivering benefits for biodiversity and nature.

The current lack of awareness and understanding of the benefits associated with NBS has resulted in their financial value being consistently undercalculated. UKGBC’s report seeks to challenges the dominant narratives surrounding urban NBS delivery, providing a broader framing of its benefits, beneficiaries, and value that underpins a more holistic business case.”

“This report is an important step to mainstreaming the integration of NBS in urban developments and provides some simple tools to anchor NBS at the core of projects. From raising awareness on the multiple benefits of NBS to developing innovative finance models, this guidance encourages decision makers to explore and implement the process of NBS integration.”

“We are witnessing the stark reality of humanity’s consumptive approach to the planet’s resources with an alarming trend in nature loss, which not only contributes to climate change but is also accelerated by its impacts. Our industry needs to move beyond current compliance-based thinking to a regenerative one, recognising that the built environment can be a force for positive change. UKGBC’s guidance provides a practical framework for assessing the contribution of Nature based solutions to add value to a place, the neighbourhood and our environment. By creating opportunity and pathways for biodiversity through our urban spaces we can play our part in reversing this decline with a buildings and infrastructure that exist in harmony with nature and the environment.”

This guidance has been made possible thanks to the UKGBC Resilience & Nature-Based Solutions Programme Partners: The John Ellerman Foundation, ARUP, BuroHappold, CBRE, Federated Hermes, Hoare Lea and ISG.