After 14 years of service, John Alker will be joining Legal & General Capital this summer. His departure kicks off a crucial recruitment process for a fantastic leadership role. 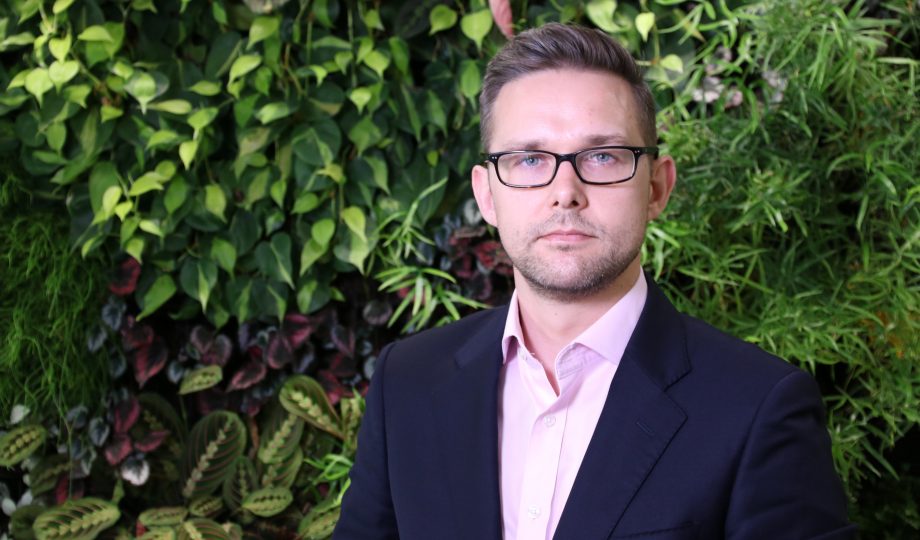 UKGBC will be saying a regretful and fond farewell to John Alker this summer, who joined the organisation in its very formative stages 14 years ago. Having first worked on sustainability in the built environment at WWF-UK, supporting the One Million Sustainable Homes campaign and One Planet Living, John followed Paul King, UKGBC’s first CEO, who also joined from WWF in 2007.

John’s role at UKGBC evolved over the years as the organisation itself evolved and expanded. In addition to his long-standing responsibility for policy and political advocacy, John has had a diverse portfolio and overseen many of UKGBC’s flagship programmes and workstreams both past and present – including Health & Wellbeing, Social Value, Advancing Net Zero and Cities & Places.

He led UKGBC’s strategic shift from 2015 onwards to a more localised model of engaging both policy-makers and the industry, with a significant increase in focus on cities and local government, and the launch of new local membership networks. This work continues to the current day, with John driving UKGBC’s strategic ambition to grow its activity in Scotland in 2021-22.

John has often worked closely with the World Green Building Council, from the early days of establishing a Europe Regional Network to collaboration around COP26 this year. This included two terms on the WorldGBC Board between 2015-19.

In August, John will join Legal & General Capital where he takes on a newly created Head of Sustainability role, acting as strategic sustainability lead for the organisation, and supporting the sustainability ambitions of the subsidiary businesses, particularly housing and regeneration.

With John’s departure looming, today marks the start of UKGBC’s search for a successor, carrying the same Director of Policy & Places title  – job description linked below.  It comes at a crucial time, as UKGBC ramps up its role in elevating the built environment sector ahead of, and at COP26; with a suite of key policy opportunities in Westminster; with local government continuing to step up its leadership and need for support in delivering climate and wider sustainability commitments; and with UKGBC members keen to engage with work in partnership with policy makers from project level to national policy.

John Alker, Outgoing Director of Policy and Places at UKGBC:

“It’s been an absolute privilege to have played such an active role in the UKGBC story over the last 14 years. When we launched in 2007, we really broke the mould for how a not-for-profit can work with progressive businesses across an entire sector, and galvanise a membership base to engage constructively with government. It’s a testament to the success of the organisation that this way of working now seems commonplace, and yet UKGBC never stands still – bringing together the industry and policy-makers to collaborate in new and exciting ways.

“I have been really lucky to work with two great CEOs in Paul and Julie, who have enabled me to lead an incredibly diverse range of projects and programmes over the years. I’m particularly grateful for the support of the organisation – including the Board – as I led UKGBC’s refreshed approach to cities, regions and places, and we responded to the leadership being demonstrated by local government and the appetite of members to work collaboratively at a more local level. This included enabling me to relocate to Greater Manchester in 2018.

“While sad to say goodbye, there is no question that I leave at a point of great optimism – with unprecedented public support, ever-greater corporate commitment and ambitious targets set by both central and local government. I’m really looking forward to joining Legal & General, a long-standing UKGBC member. In this critical decade of action, the scale and scope of Legal & General Capital’s diverse interests in our built environment provide an exciting opportunity to deliver positive impact and create value in the round.”

“It’s with heavy hearts that we’ll be saying our farewells to John in July as he seeks a new challenge. His commitment to UKGBC’s vision, creative flair, and deep knowledge of both the policy and industry landscapes have made him an outstanding leader at UKGBC. Over his impressive 14 years of service, John has contributed enormously to UKGBC’s growing profile and impact, and has personally delivered on many of our strategic ambitions – including a growing focus on cities, placemaking, health & wellbeing, net zero carbon, social value and the establishment of local membership networks to name but some.

“I have been lucky enough to have John on my leadership team ever since I took the CEO role back in 2015, and have personally benefited from his wise counsel, calm nature, and strong sense of humour, even in a crisis. I am of course delighted for John himself in landing a fantastic new role at one of our longstanding members L&G Capital, where I am confident he will continue to drive positive change.

“My attention now needs to turn towards appointing John’s successor, and I firmly believe that the Director of Policy & Places role on UKGBC’s leadership team is a unique opportunity. The winds of change are blowing in our favour, and UKGBC is in a strong position to capitalise on this momentum and really make a difference. Flanked by a strong team, this role will be instrumental to our ability to do that. I look forward to hearing from those of you who may be interested, or indeed for any suggestions.”

More information about the role and job description can be found here.