The UK Green Building Council (UKGBC) has today announced the start of a new project to plot a route to net zero carbon for the UK’s built environment sector, by developing a Net Zero Whole Life Carbon Roadmap 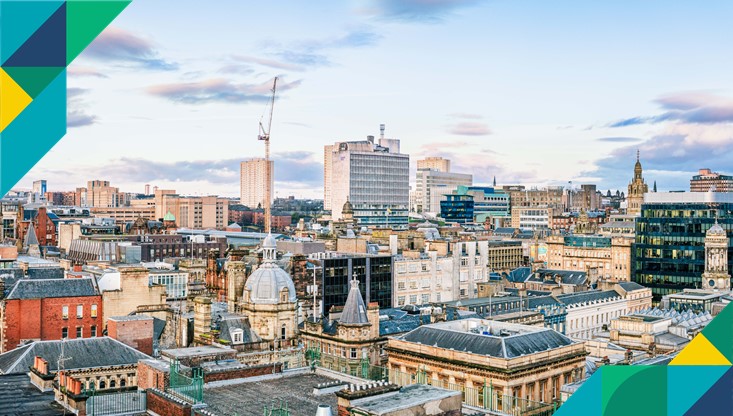 Hot on the heels of the Government’s new target to cut emissions by 68% by 2030, against 1990 levels, this project will identify how the built environment supports that objective and set a science-based trajectory to achieving net zero for the whole sector by 2050. The roadmap will cover all building types and infrastructure, all built environment stakeholders and sub-sectors and address carbon across the whole building lifecycle.

UKGBC is committed to bring the broadest possible range of stakeholders together to work collaboratively on the project. Sustainability expert Tom Spurrier has been seconded from UKGBC Gold Leaf member Hoare Lea to take on the role of Project Lead. He will be joined by the British Property Federation’s Alex Green who has been seconded part time to focus on stakeholder engagement across the industry and government.

The Roadmap, which will be unveiled at COP26 in November 2021 in Glasgow, forms part of WorldGBC’s #BuildingLife programme, which will see 9 other decarbonisation roadmaps developed by national Green Building Councils for their respective countries across Europe. This collaborative effort will aim to build a common vision and agreed actions for achieving net zero carbon in the construction, operation and demolition of buildings and infrastructure. The programme has been made possible thanks to the generous support of the IKEA Foundation and Laudes Foundation.

In the UK, the roadmap project will consist of two main elements:

UKGBC marks the start of the project with a major event on 11th December, which coincides with the 5 Year Anniversary of the signing of the Paris Agreement. The event will feature an introduction from the Head of the Secretariat for the UN Environment Programme’s Global Alliance for Buildings and Construction, Martina Otto.

John Alker, Director of Policy and Places at UKGBC, said:

“The concept of net zero carbon has taken the built environment sector by storm, and Government has set out a clear level of ambition ahead of COP26, with a strong evidence base produced by the Climate Change Committee. But there remains a missing key ingredient in terms of a single, coherent, shared plan of action for getting to net zero whole life carbon for the totality of the built environment. The sheer volume of climate activity and initiatives in the sector is testament to the interest and momentum in this space, but we desperately need to work together in partnership and forge consensus if we are going to deliver the radical carbon reductions needed.”

“Following a year of unprecedented challenge and adaptation, 2021 presents an opportunity to reset ambitions and strategy for a net zero carbon built environment in the UK in the run up to COP26. As Advancing Net Zero programme partners, Hoare Lea is delighted to continue our work with UKGBC on this critical project. We are all aware of the urgent need for all sectors of the global economy to decarbonise at speed and at scale. But progress is only possible via collaboration and consensus, and the roadmap will bring together businesses, policymakers and industry bodies in order to create a transparent and implementable plan to deliver lasting impact.”

Alex Green, Assistant Director at the British Property Federation and UKGBC Roadmap Stakeholder Engagement Adviser, said:
“There is no doubt that meeting net zero is one of the biggest challenges the real estate industry has faced to date. Addressing the challenge will require cooperation, collaboration and a clear plan of action. The BPF is proud to be working in partnership with UKGBC on this exciting project and I am personally delighted to support the workstream through this secondment. Whilst the industry is supportive of delivering a net zero transition, it is important that we use the opportunity of the UK hosting COP26 to deliver a clear roadmap for action.”

For information on UKGBC’s work as part of the Net Zero Whole Life Carbon Roadmap initiative can be found here: https://www.ukgbc.org/ukgbc-work/net-zero-whole-life-carbon-roadmap/