The Forge will be the UK’s first net zero carbon commercial building, in line with the UKGBC’s Framework Definition, and is offering innovate solutions to the climate crisis. Using pioneering construction methods, having received funding from Innovate UK, Landsec is delivering the world’s first office building designed and constructed using the ‘kit of parts’ solution built on a ‘Design for Manufacture and Assembly’ structural frame. This is reducing amount of natural resources used and onsite waste, in contrast to traditional construction where up to 30% of materials go to landfill. It’s also reducing embodied carbon emissions by 19% compared to a regular build.

Design for Performance was used to model the operational energy of the building. It’s set to meet the UKGBC’s net zero 2030 interim targets and has a predicted NABERS UK 5 Star rating. Once in operation, no energy will be generated from fossil fuels, decarbonising building operation and improving local air quality through highly efficient air-source heat pumps. Operational carbon will be further reduced through on-site renewable electricity via PV panels and passive design measures, to manage cooling, heating, lighting, ventilation, and significant biodiversity net gain will be achieved on site through a 298m2 biodiverse roof and ecological enhancements including bat and bird boxes.

As the UK’s first Net Zero commercial building, the Forge is forecast to achieve 24% reduction in carbon emissions compared to baseline; 40% carbon reduction in the substructure and 22% carbon reduction in the superstructure and façade. The Forge will meet the London Borough of Southwark’s sustainability targets both during construction and operationally without the need for any carbon offsetting. Materials used will be sourced locally greatly reducing impact on global emissions and local air quality.

Additionally, it will achieve:

The following measures have been adopted to reduce waste, reduce embodied carbon and adopt a circular economy approach to construction:

Landsec took the decision to update the project from BREEAM 2014 to BREEAM 2018 at Stage 3.  Some credits were however no longer available under the newer version of BREEAM due to certain credits under BREEAM 2018 requiring actions and reporting to have been carried out during Stage 2, which the earlier version of BREEAM didn’t require. This in turn has made it challenging to bring the project up to BREEAM Outstanding rating. 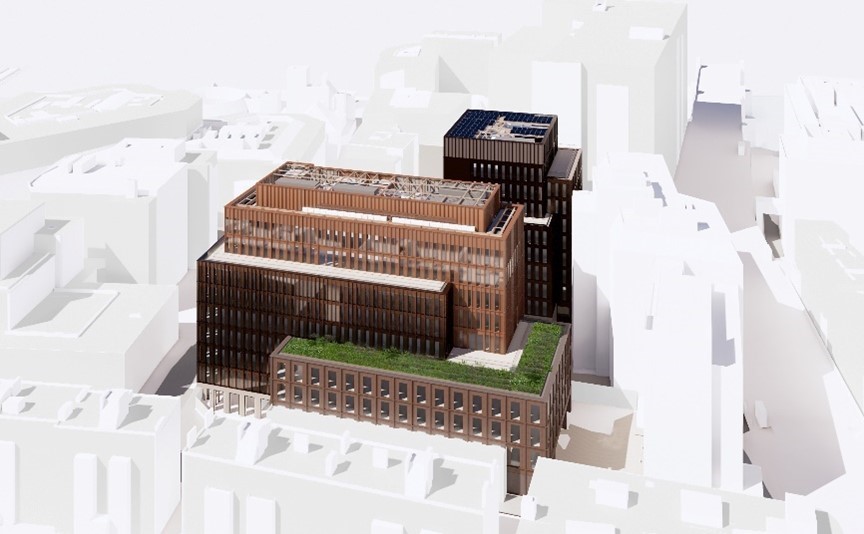 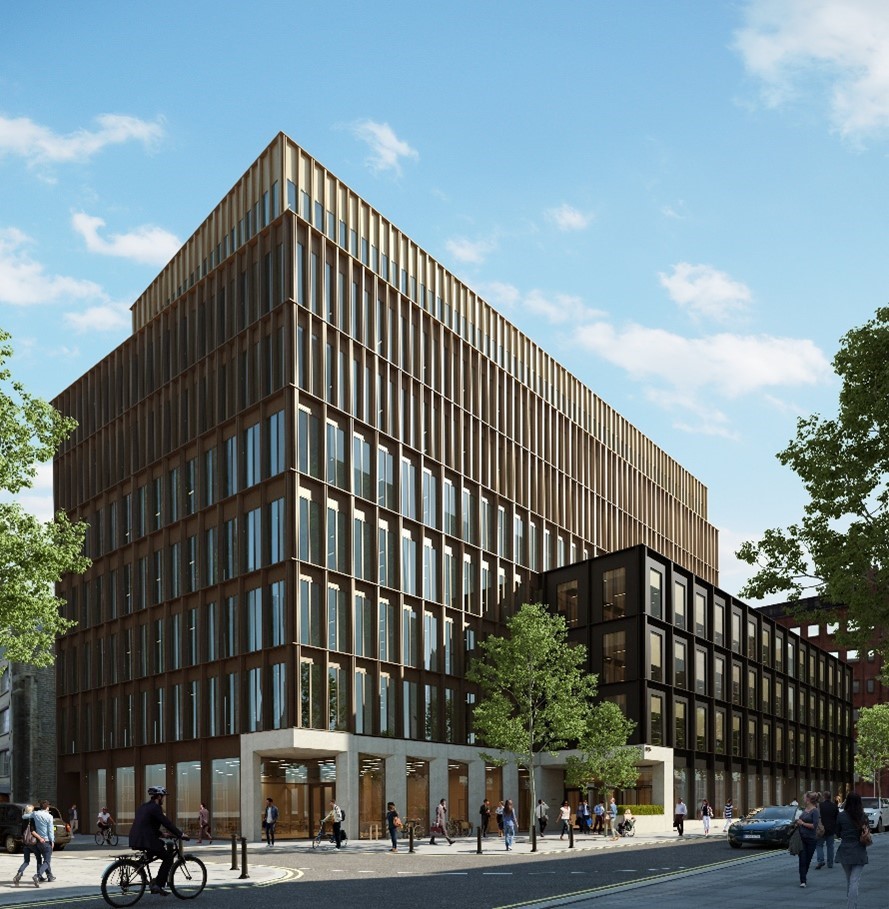