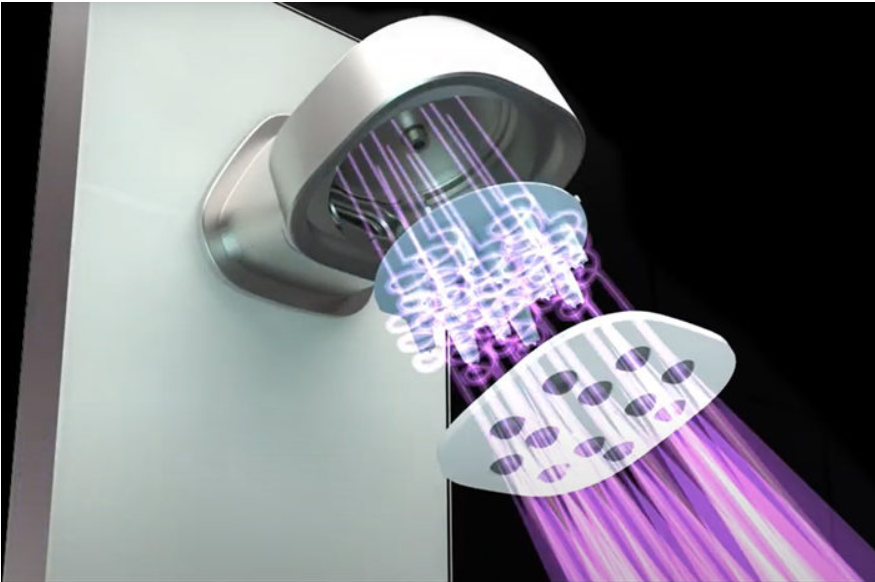 Water is becoming more scarce at the same time as the population and demand for water is increasing. As a result, the need to develop practical and innovative ways to reduce water and energy use and lower greenhouse gas emissions is crucial to safeguard the future of our planet.

According to Southern Water, showering accounts for around 40% of the water used in the home. But it is not just about the amount of water, it’s also about the amount of energy required to heat the water. With the introduction of the Future Homes Standard in 2025 the energy requirements in Part L are being progressively ramped up to ensure that new build homes are future-proofed with low carbon heating, micro-generation devices and world-leading levels of energy efficiency. Reducing energy use, embodied carbon and water consumption remains high on the government’s agenda and is seen as a vital first step to ensure the construction industry can deliver the significant reductions necessary by 2030 in order to have a realistic prospect of achieving net zero carbon for the whole UK building stock by 2050.

Improvements in fabric efficiency will no doubt help future homes to save significant levels of energy, however, the demands of the householders remain unchanged. For example, in the case of a super-insulated dwelling Domestic Hot Water (DHW) requirements will be the same as a traditional-built dwelling e.g. similar number of occupants with the same water-use behaviour i.e. showering. This presents an interesting shift in household energy demand. As building efficiency improves so the percentage share of energy attributed to hot water will increase, making hot water generation in Future Homes the largest portion of the household energy budget.

According to a recent SAP Industry Forum report showering represents 50% of the generated DHW consumed. As such there is urgent requirement to improve the efficiency of showers to not only reduce water, energy and carbon emissions but to manage and maintain household bills – especially considering 1 in 4 UK households are living in fuel poverty.

Conventional ‘aerating’ showers use the Venturi principle to restrict flow and draw atmospheric air into the water through a small hole in the shower head. This aerates the water to change the ‘feel’ of the shower but has no measurable boost in performance. It is completely reliant on the water pressure and in low pressure sites there is almost no aeration – therefore little or no benefit.

In contrast, Kelda’s patented Air-Powered™ showers use the principles of fuel injection technology. Each shower features an intelligent microprocessor and powerful digital fan which controls the delivery of water and air to the showerhead. Within the showerhead, water is injected into a high velocity air stream where it is broken up into 100s of droplets that are 250% bigger than a standard shower. Larger droplets yield larger momenta providing the sensation of more spray pressure, making less water feel like so much more. With 150% more impact than a standard shower a Kelda shower is also more effective at rinsing shampoo out of even the thickest of hair.

Kelda’s Air-Powered™ technology has been independently verified by the Energy Savings Trust to estimate likely savings from replacing an existing shower with a Kelda Air-Powered™ shower. The below are estimates only – actual savings will depend on the details of the household, what parameters are entered and the way the shower is used.

Commercial: A typical Commercial shower will cost between £499 – £699. Savings can vary from £395 – £1,000 per shower per year depending on how the shower is used. In a medium size gym or leisure centre a Kelda shower can pay for itself in less than 1 year.

Domestic: A typical Domestic shower will cost £999. The Energy Savings Trust estimate that likely savings from replacing an existing shower with a Kelda Air-Powered™ shower will be around £255 per year, although actual savings will depend on the details of the household, what parameters are entered and the way the shower is used. Payback is typically expected to be less than 4 years.

A selection of case studies can be found on Kelda’s website – https://www.keldashowers.com/case-studies/