This solution was sourced in response to UKGBC’s Innovation Challenge: “How can existing buildings be made more resilient to climate change, with as little disruption to their occupants as possible, by 2030?”

The UK is starting to experience ‘Mediterranean’ storm events where the downpour is heavy for a shorter period of time. This type of storm event is exerting extreme pressure on the UK’s existing drainage system. With increased development, vast swaths of land are becoming impermeable, and due to recent localised flooding incidents, planners are putting a high emphasis on new developments to include an effective future proof drainage strategy. Rain Activ can combine the benefits of rainwater harvesting for non-potable applications with controlled release of attenuated water into the network to address this challenge.

To see how Rain Activ works in just 4 minutes watch this video!

During a new build development, the underground drainage would run off to a soakaway or to a drainage system. An underground tank would be installed within the underground pipe run to collect and store the water. The outlet from the tank would continue to discharge to the soakaway or the drainage system but at a controlled rate. If RainACTIV is retrofitted to an existing property then the existing surface water underground drains would need to be identified and a tank then installed to carry out the same operation as with a new build. Alternatively, RainACTIV can be retro fitted to above ground downpipes with a capacity of 800 litres per downpipe. The installation can easily be undertaken by any competent groundworker. Retrofit would cause minimal impact to occupants as all the work for installation would be taken outside the property.

This SuDS system can be used independently or in conjunction with Rainwater Harvesting. If all properties were able to attenuate storm water during a storm event and then slowly release this water into the drainage system, this would alleviate a lot of pressures on an already stressed system, prevent localised flooding and allow local water authorities to capture more water to be treated. Further afield, water treatment works would benefit from Rain Activ being installed at numerous properties as this would reduce the flow of surface water entering the combined sewage system during a storm event which would in turn enable the water treatment plant to handle the inflow without the need to discharge waste water into water courses etc.

Rain Activ systems start from £1990 for the entry level 1500 litre tank. Tank size (and therefore cost) will depend on water catchment area (roof) and the amount of attenuation required. Fitting the system to a new build property would be a lower cost than retrofitting, as in general trade and associated equipment will already be on site.

If a Rainwater System was incorporated into Rain Activ then a payback time scale could be estimated, as adding Rainwater Harvesting can potentially reduce mains water usage by around 50%.

All designs using the Rain Activ are established using Micro Drainage calculations. The capacity required in each tank is determined by the results of the calculations based on the storm event which is used and the discharge rate required. Normally this is 1:100 year storm event.

Site: The RainACTIV system was installed in a family home in Truro, Cornwall. Rainfall from a roof area of 110m² is routed into a 5000L shallow dig harvesting tank. Around 3000L of the tank’s capacity is used for rainwater harvesting, with the remaining 2000L used to attenuate flows at a controlled rate during intense storm events.
Objectives: Reduce storm water discharge rates to new industry lows of 0.3l/s whilst simultaneously providing full domestic rainwater harvesting for the family’s toilets, washing machine and garden tap. Monitor the tank level data to provide an accurate representation of domestic rainwater harvesting consumption as well as stormwater discharge rate.
Specification: The rainwater harvesting capacity was calculated to BS8515, 3000L of storage was specified-providing enough volume for around 600 free toilet flushes! A WRAS approved management system was installed to provide backup during dry periods. Stormwater is discharged though a 10mm orifice to control the flowrate into the drainage network. 2000L of capacity is available for attenuation. During the critical 1:100 year storm event with a 40% climate change allowance, the inflow is predicted to be 3.1l/s with under 0.3 l/s discharged.
Results: The team have been amazed at the extent rainwater harvesting has reduced the strain on the drainage network. In 12 months, the system discharged just 4 times into the drainage network. Even when it did discharge during the heaviest storm events, the rate was controlled at under 0.3l/s This clearly shows the tremendous effect of rainwater harvesting as a method of attenuation. 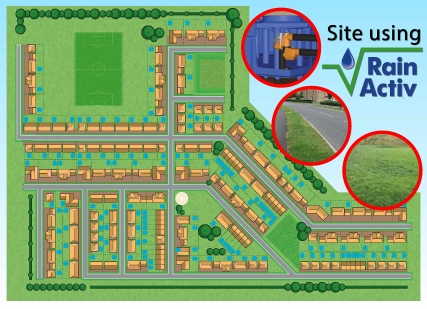 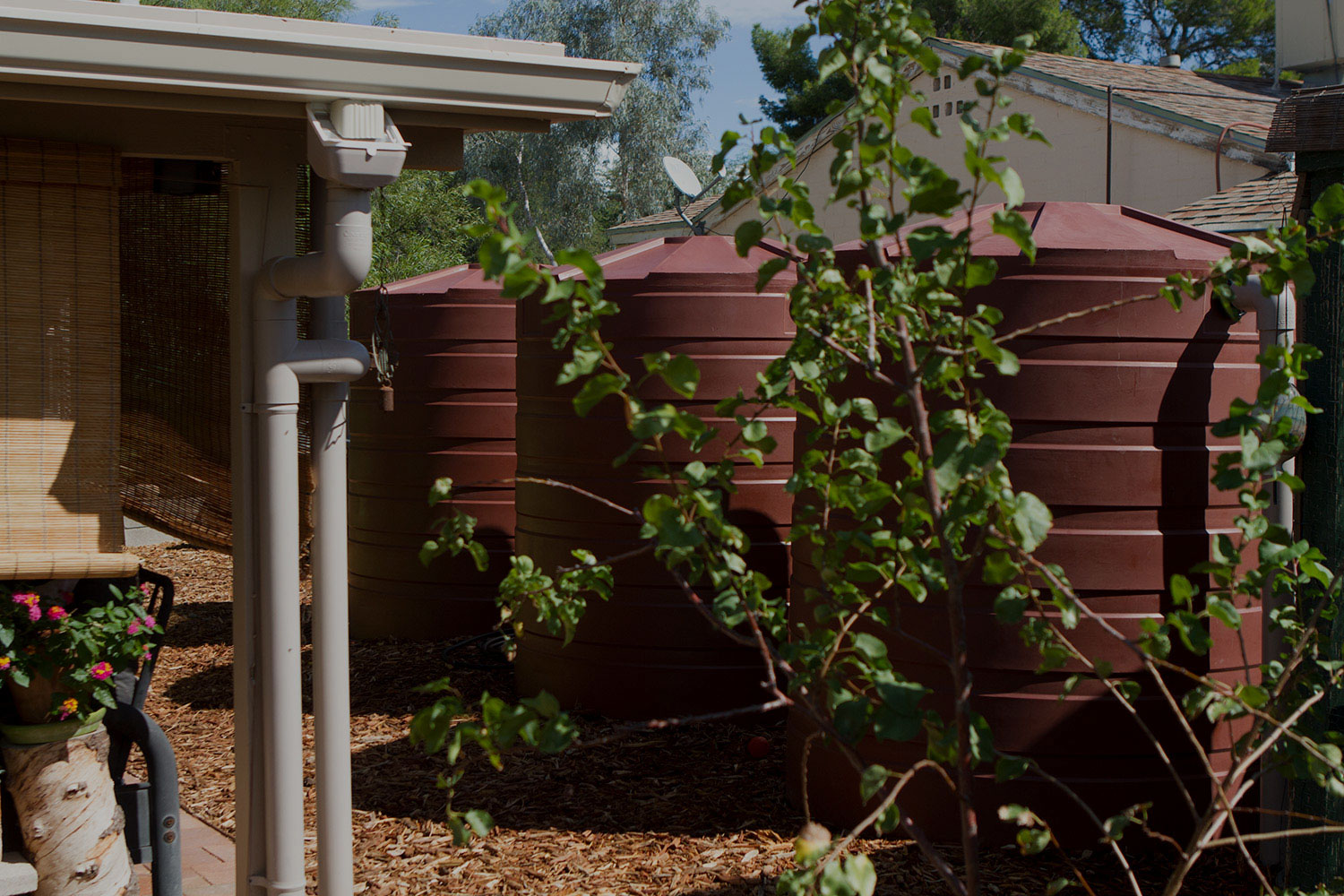 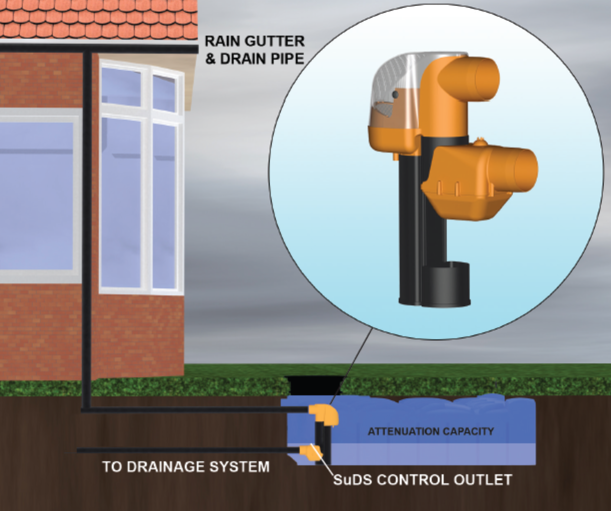