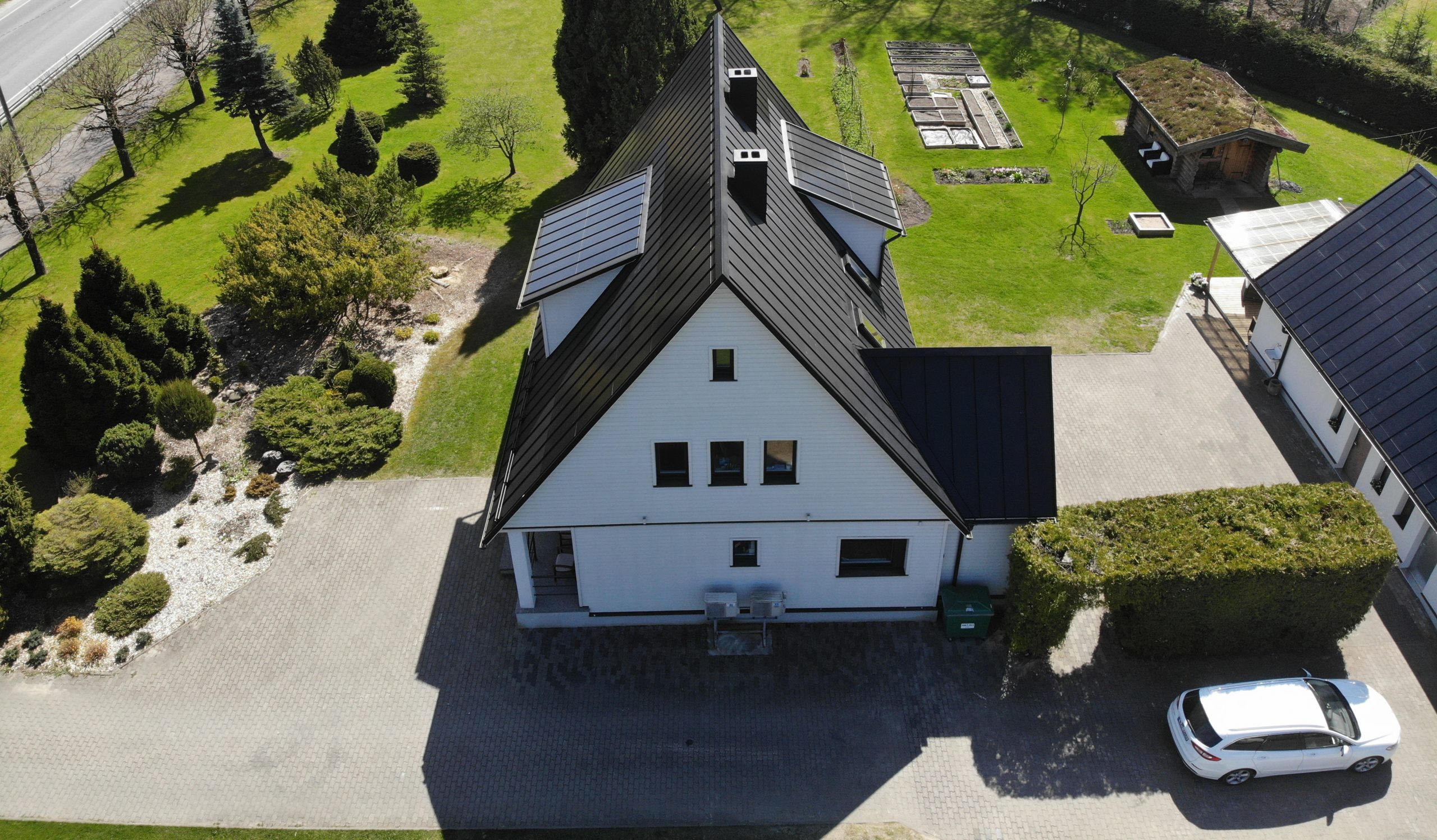 How to provide easily installable on-site renewable electricity whilst maintaining the traditional aesthetics of a building, encouraging the uptake of such technologies.

This solution was sourced in response to one of UKGBC’s past challenges on ‘Making Existing Buildings Net Zero Operational Carbon’.

Roofit.solar modules are building integrated photovoltaic construction elements that replace conventional roofing and facade materials, with an installation that is as easy as incorporating any standard seam metal roof. Roofit.solar modules look aesthetically like a standard non-solar roof. Electricity is produced in a thin photovoltaic layer that covers the metal sheet and the series connection of modules is made under the roof sheeting between the battens.

Environmental impact analysis undertaken by Roof.solar has shown a single 10kW roof will avoid emitting 300 tons of CO2, and approximately 80 million houses in Europe are suitable for installation. Roofit.solar aims to reduce CO2 emissions by 200,749 tons annually by 2025.

In Germany the 10kW Roofit.solar system would cost around 14 500€ (this includes Roofit.solar panels, inverter and cables). Over the lifetime, the solar roof investment will bring back 53 420€. Payback time on these conditions is 7 years, roof lifetime is 30+ years. If the own consumption would be: 80% solar consumed and only 20% sold back to grid, then payback time would be only 4 years. So, result is very dependent on the power consumption of the household to maximize the benefit.

In most cases Roofit.solar have found that the payback time of their roof was 2-3x less than the operational time (30+ years) of the metal solar roof, which makes it as profitable investment.

On Roofit.solar’s first project in 2017, 60m2 (7,7kW) of solar roofing material was installed. During 2019 the house produced 7,357kWh of energy, from which 6,414kWh was used, the rest being sold to the grid. Instead of paying for the electricity used during the year, the client was paid an extra 125€ for the supplementary green electricity produced.