Summary of the 2016 Birmingham City Summit hosted in partnership with the City Council. 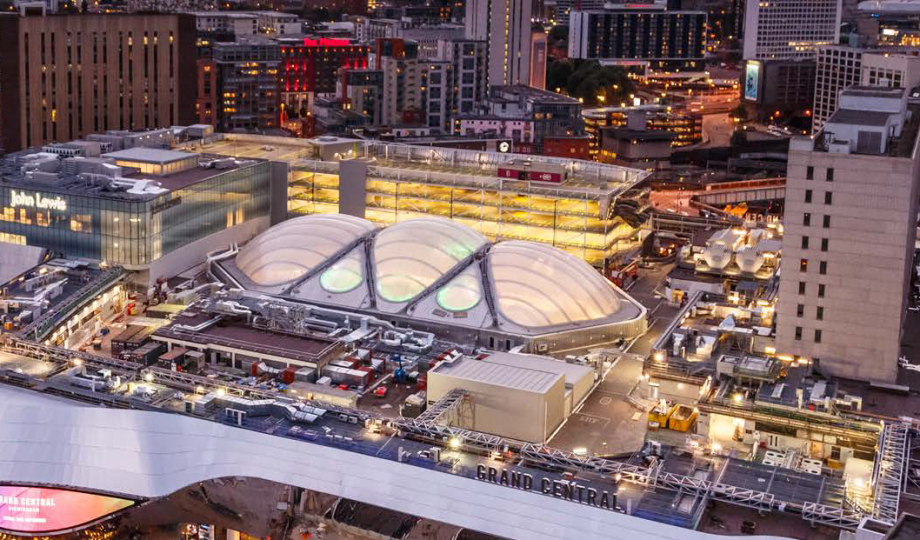 In keeping with the spirit and mission of UKGBC, our 2016 City Summit was nothing if not ambitious. Having conducted a similar exercise in Manchester the year before, we were able to build on that experience with Birmingham and – in the spirit of friendly civic rivalry – attempt to do even better!

“As the Council Leader John Clancy has said, the Summit was designed primarily to help Birmingham tackle some of its most pressing built environment challenges.  How do we deliver sustainable new development at the rate and scale required? How do we address the huge fuel poverty and retrofit problem? How do we integrate nature into the city?

To illustrate the challenges, delegates visited some diverse sites: Eastside and Curzon, the soon-to-be landing point for High Speed 2; Icknield Port Loop, a derelict industrial canalside site to be developed into a mixed-use family neighbourhood; and Druids Heath, a 1970s high rise housing estate in serious need of refurbishment.

Birmingham is not alone. Whilst all cities have unique characteristics, the challenges we grappled with are – to a greater or lesser extent – also faced by other cities, and by an industry that should be part of the solution. We therefore had at least one eye on generating insights with relevance far beyond the West Midlands and continuing to work with leading cities to develop them.

This report summarises the journey delegates went on and gathers together the resulting ideas and proposals. It is not intended to be the last word, or to be the finished article. We, UKGBC, are committed to taking forward to the next stage some of the ideas in the report, doing further detailed analysis in order to support Birmingham and other cities to tackle some of these challenges. If any of the ideas spark an interest, we invite you to collaborate with us.

One of the key questions for further discussion is how the issues raised here can be better incorporated into the ongoing negotiations around devolved powers to cities. How can “Devo-2” help drive sustainable development, and support some of the ideas proposed? Given the dire state of green policy nationally (post Zero Carbon, Green Deal etc) I found it very energising to consider the positive role that policy can play if it’s locally driven and co-created.

This report is intended as a call to action, for those who believe that cities – by which we mean all stakeholders, not just local government – can show the leadership so urgently required to deliver sustainability in the built environment. As was pointed out at the Summit, we should take heart that we can do this – Birmingham can do this!”