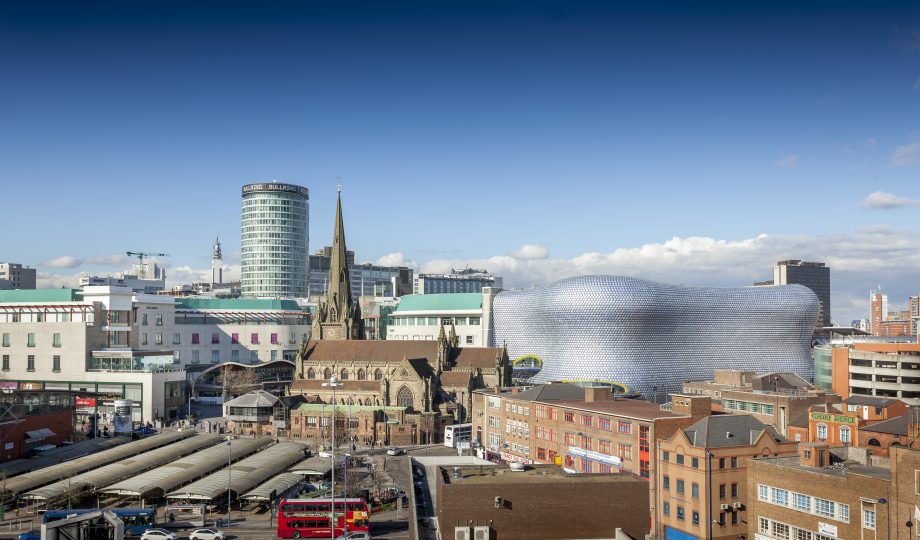 Cities are where health, wealth and quality of life inequalities are most keenly felt. They are on the frontline of climate impacts, they are where we generate most waste and consume most resources. The buildings and infrastructure of our cities can contribute to these problems or they can provide solutions.

The Cities Programme was first launched in early 2017 following the UKGBC Sustainable Cities Leadership Summit. It brings together diverse but linked activities, all designed to support a single purpose: to unleash productive new partnerships between city policy makers and progressive businesses in the built environment sector which catalyse the delivery of genuinely sustainable places.

The Programme was established as a multi-year initiative, and is now in its third year.

The Accelerator Cities Pathfinder project brings together some of the UK’s most ambitious city authorities and other expert stakeholders to catalyse action on home-retrofit. The project is part of the Climate-KIC Pathfinder programme and will be delivered by UKGBC.

In March 2018 UKGBC launched a new set of resources, primarily targeted at local authorities, which included a policy ‘playbook’ for driving sustainability in new homes. This was published in association with Core Cities UK and with the support of numerous other organisations. The Playbook is regularly updated and is a key resource for local authorities, many of whom need to develop their policy response to the declarations of Climate Emergencies.

An integral part of the programme is the bringing together of senior politicians and officers, with our industry membership. We have delivered roundtables and subsequent policy recommendations in Cambridgeshire & Peterborough, Greater Manchester, Birmingham and elsewhere Our focus is on larger cities and combined authorities, to maximise the resources at our disposal.

This is another project for which EIT Climate-KIC is the primary funder. Focussed on strategically significant urban development projects, it brings the host city and their partners together with expert practitioners from across the built environment sector, in an intensive workshop process which informs and influences the sustainability aspirations of the scheme in question. We are delivering three pilots in Autumn 2019, bringing Foreground to Manchester, London and the South West.

This is a project which sits outside the Cities Programme, but is closely related to it – particularly Accelerator Cities. We are delighted to be part of a consortium of European GBCs and partners to work with cities on piloting an impact framework for building retrofit.

The Cities Programme builds on our experience working with specific cities, including:

The Cities Programme relates to, but is distinct from our ‘local networks’, which we run in Birmingham and the West Midlands, Bristol and the South West and Greater Manchester to engage members locally in a whole range of UKGBC work including policy, research and education. More information on the local networks can be found here.