UKGBC’s vision for a sustainable built environment is one that mitigates and adapts to climate change.

UKGBC’s Whole Life Carbon Roadmap illustrates that the UK Built Environment is currently responsible for (i.e., has direct control over), 25% of total UK greenhouse gas emissions (buildings and infrastructure). If surface transport (vehicle emissions) is included within the scope of the built environment, the total share of UK emissions increases to 42%.

Over the last two decades, built environment emissions (excluding surface transport) have reduced by c.30%. Most of this decrease occurred after 2010 and is largely due to a reduction in operational emissions, most of which are attributable to rapid decarbonisation of the electricity grid in recent years, rather than improvements in the energy efficiency of buildings.

Newly constructed buildings are more energy efficient, but 80% of buildings in 2050 have already been built, so a major priority is decarbonising our existing stock. Yet Government policies aimed at improving the efficiency of existing buildings have scaled back dramatically, and insulation installation rates have stalled.

The built environment is crucial to allow us to adapt to changing and increasingly extreme climatic conditions. Yet several million properties are in areas at risk of flooding, and the risk of overheating remains very high. 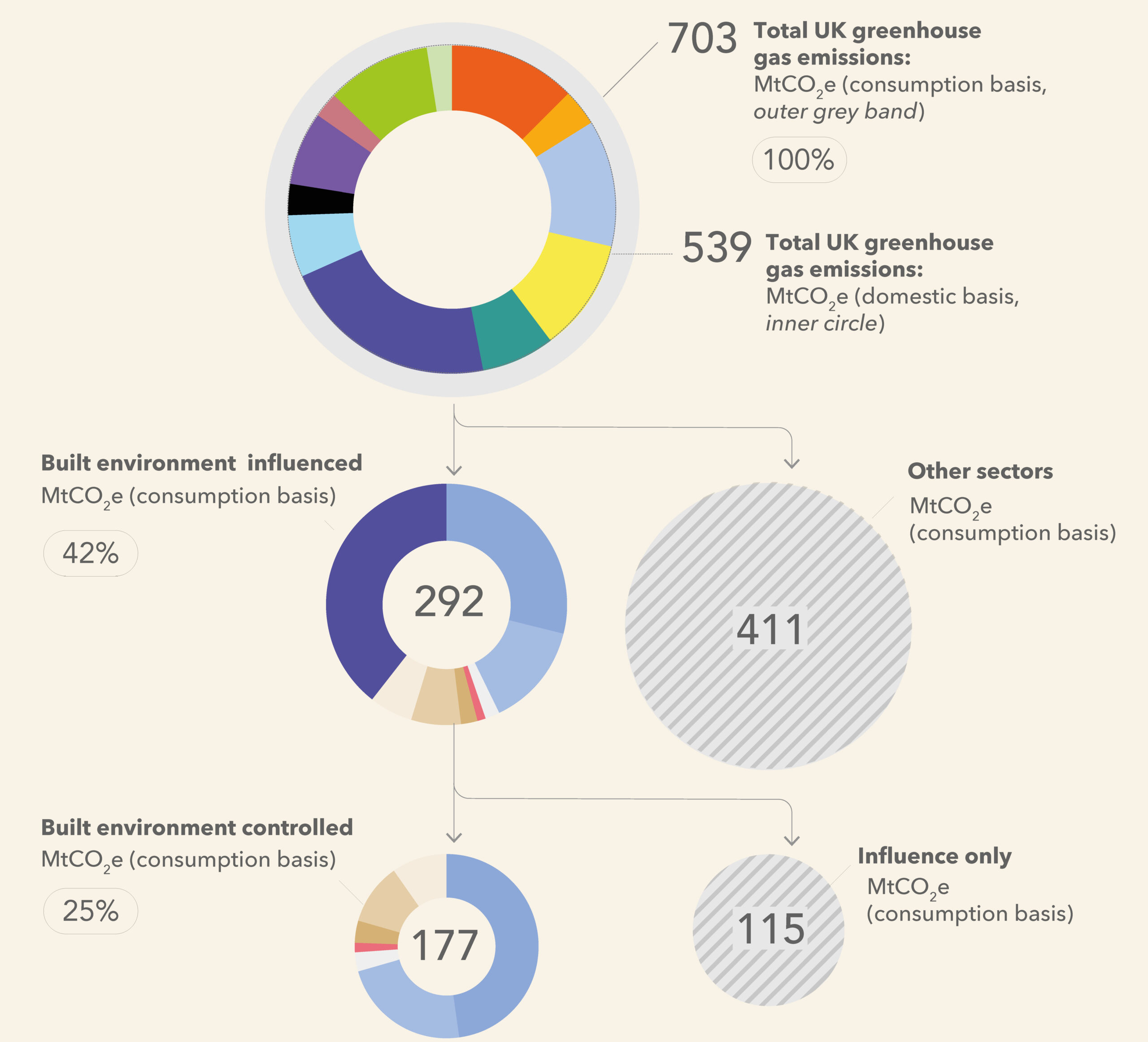 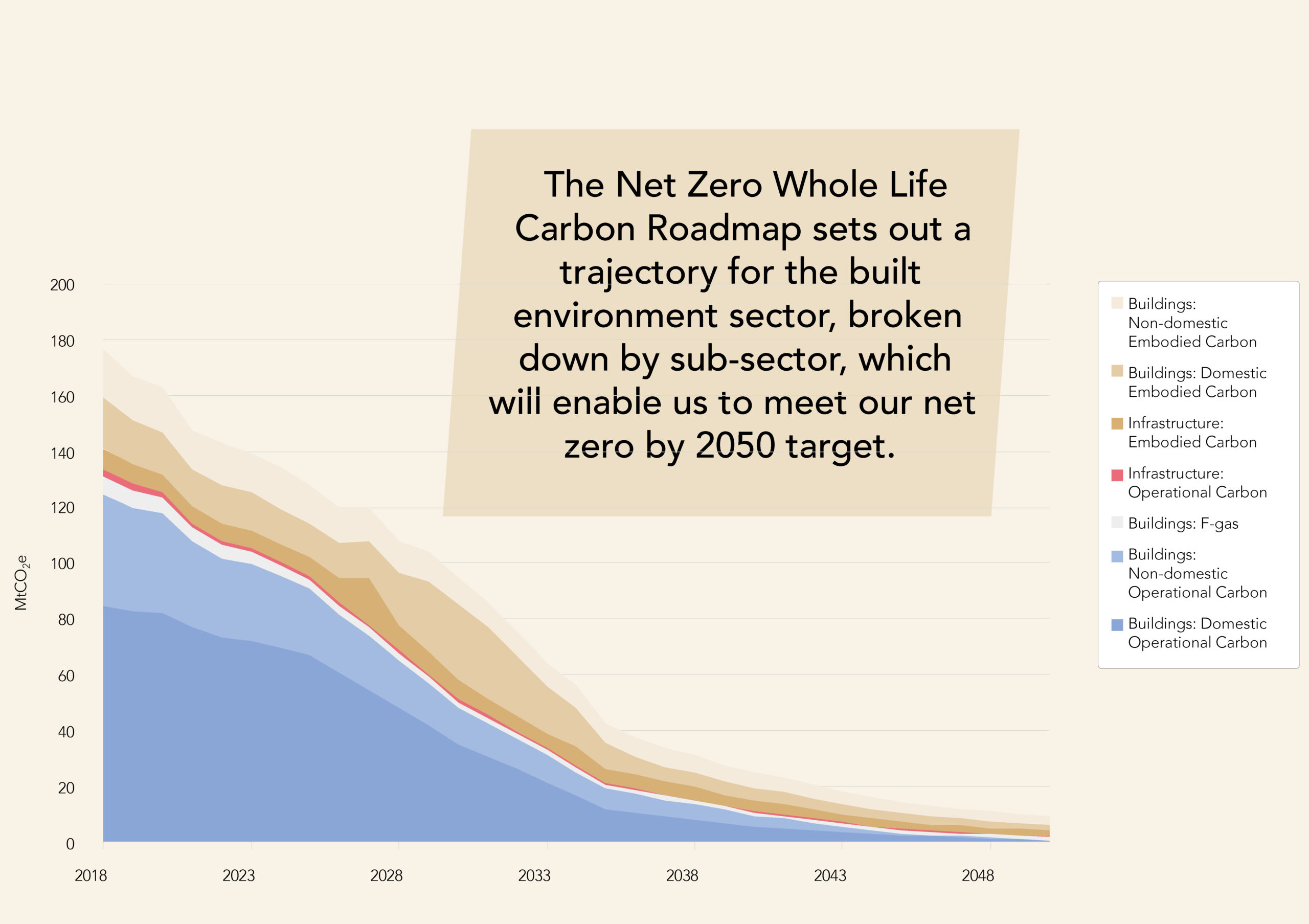 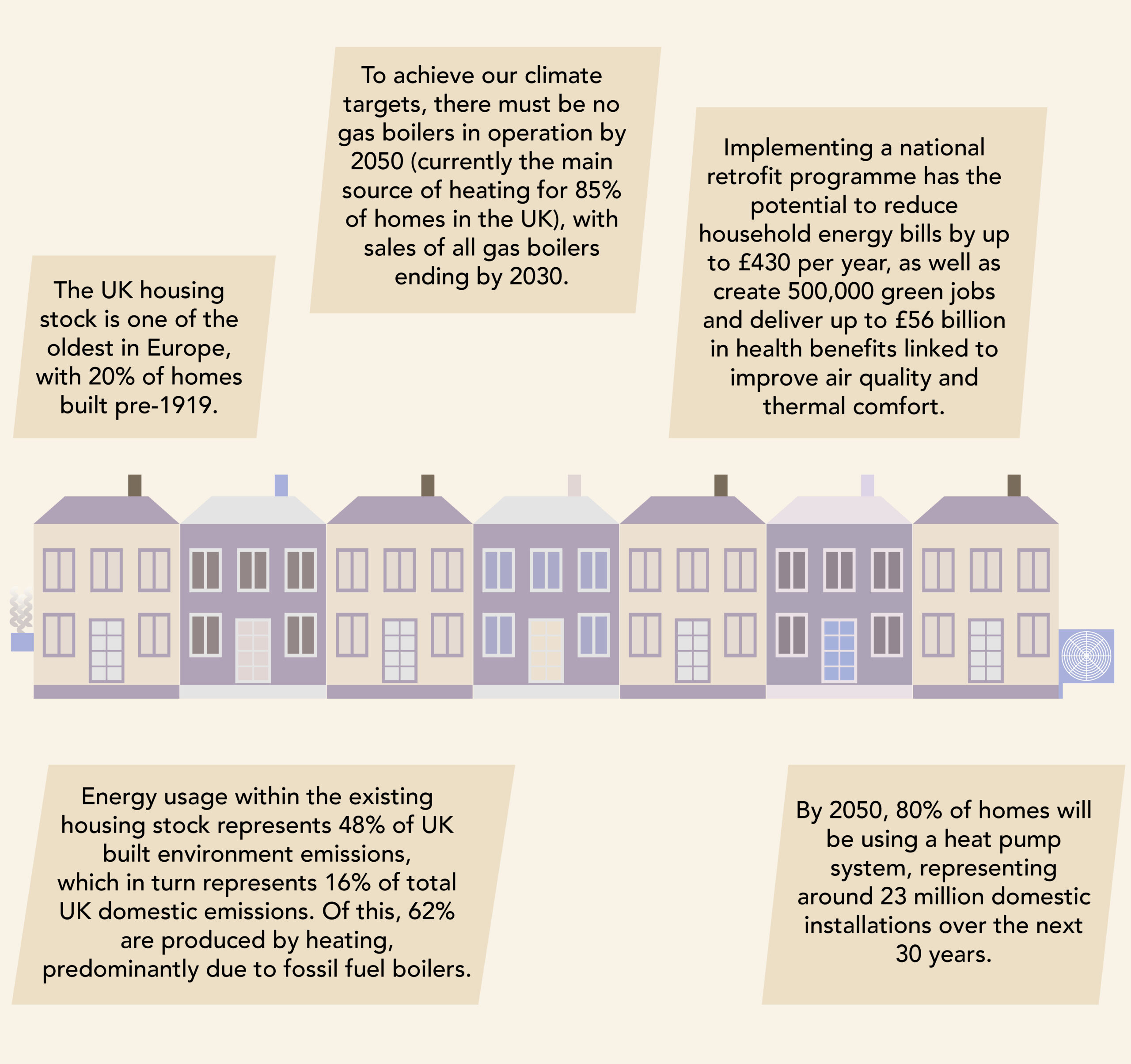 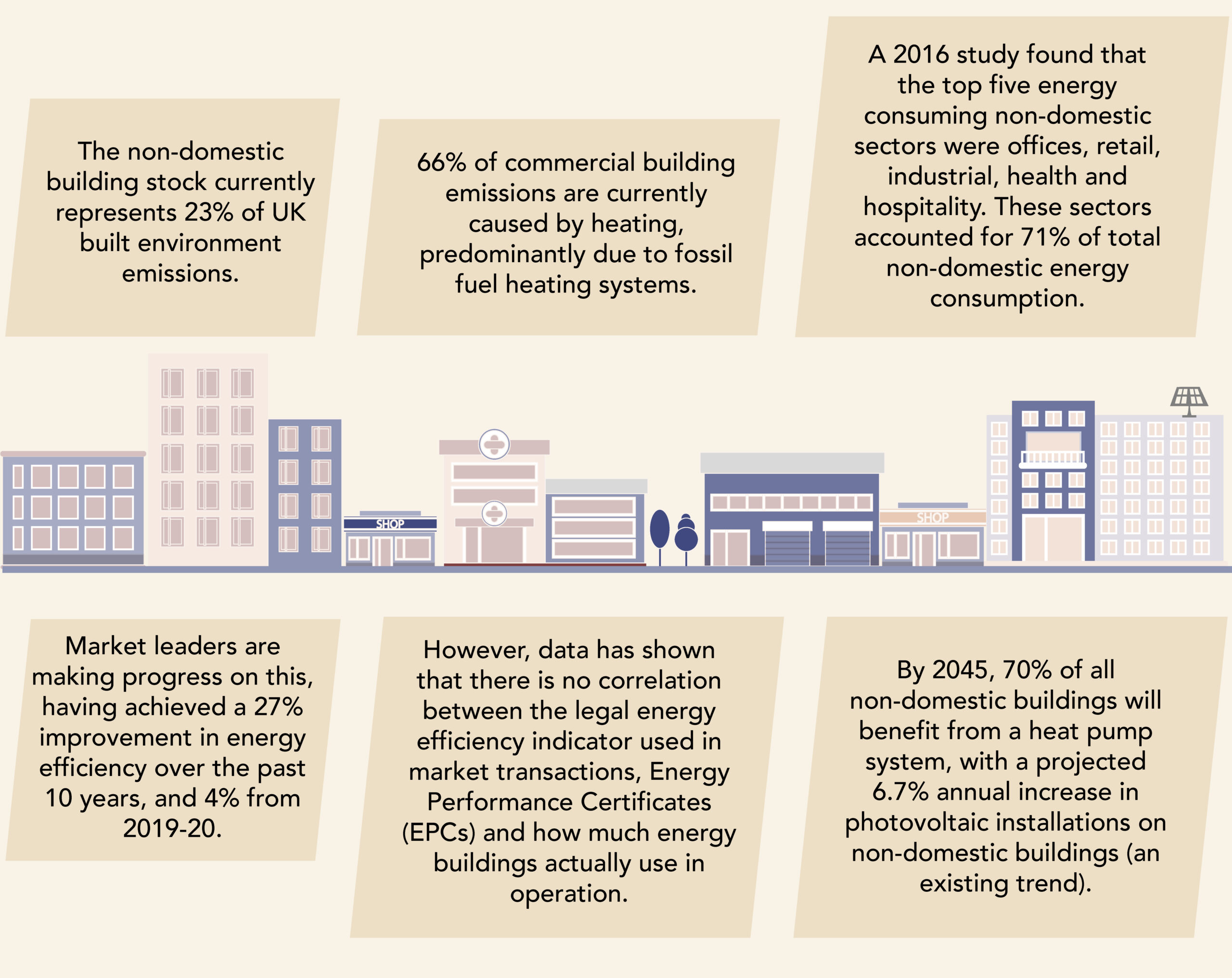 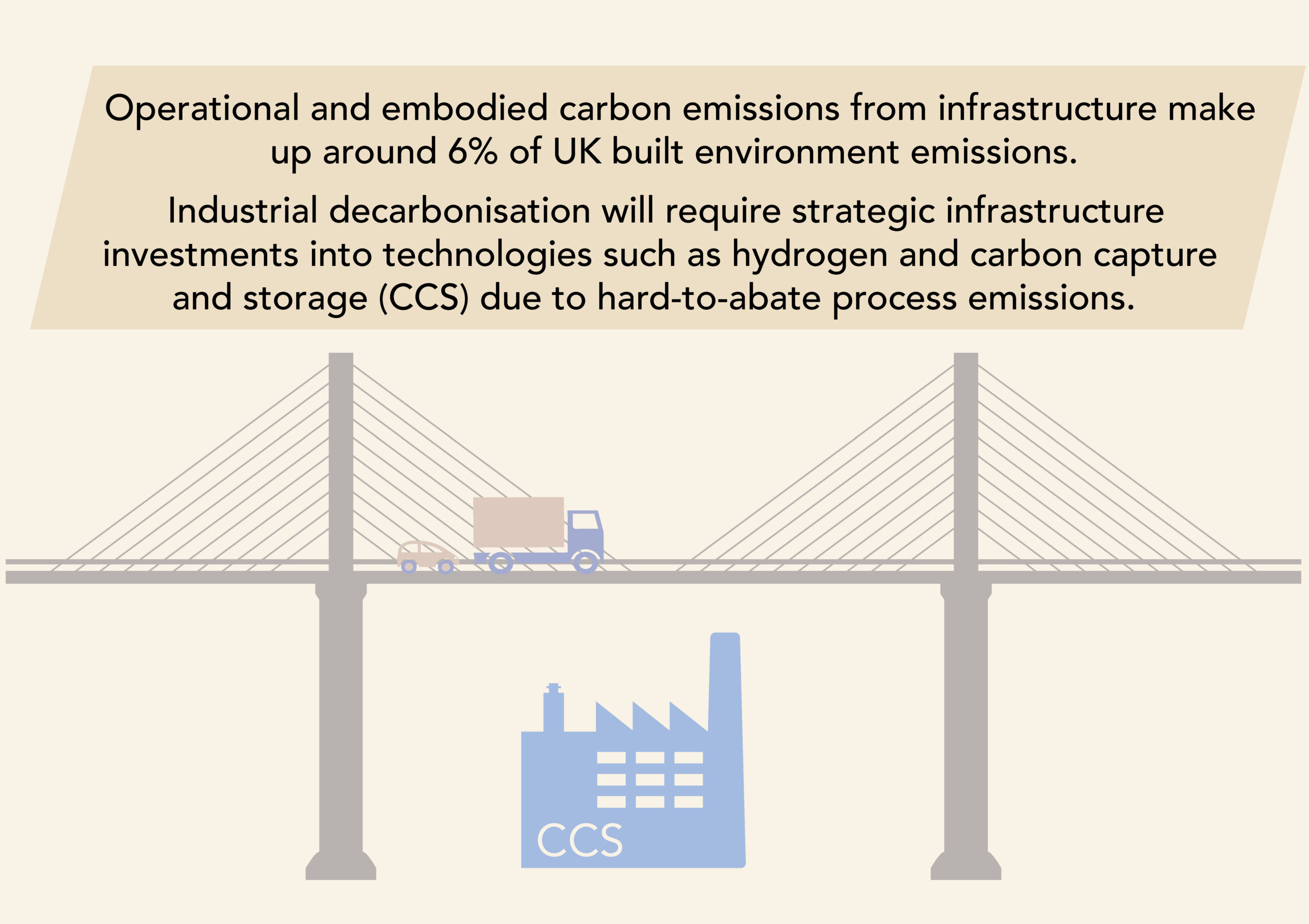 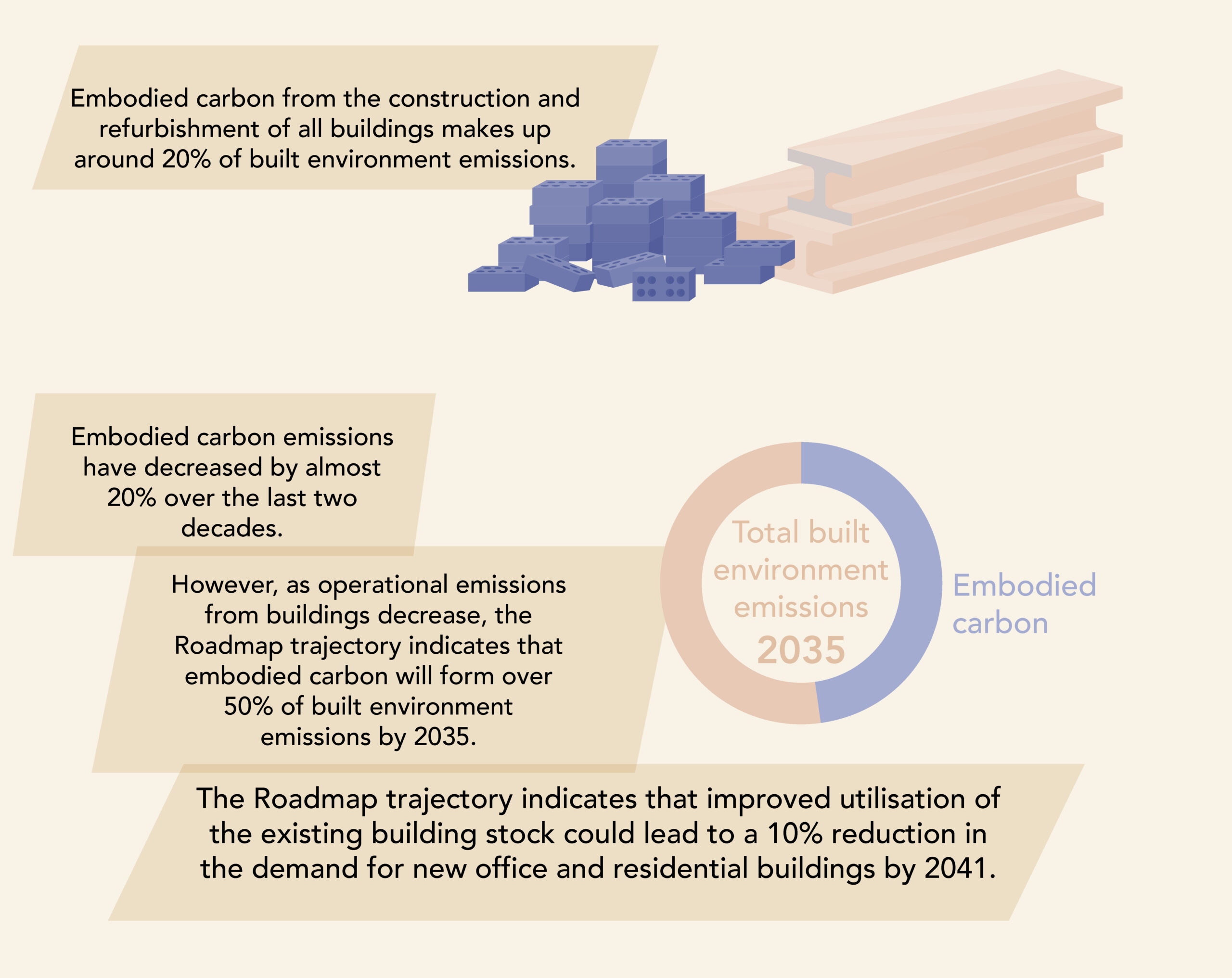